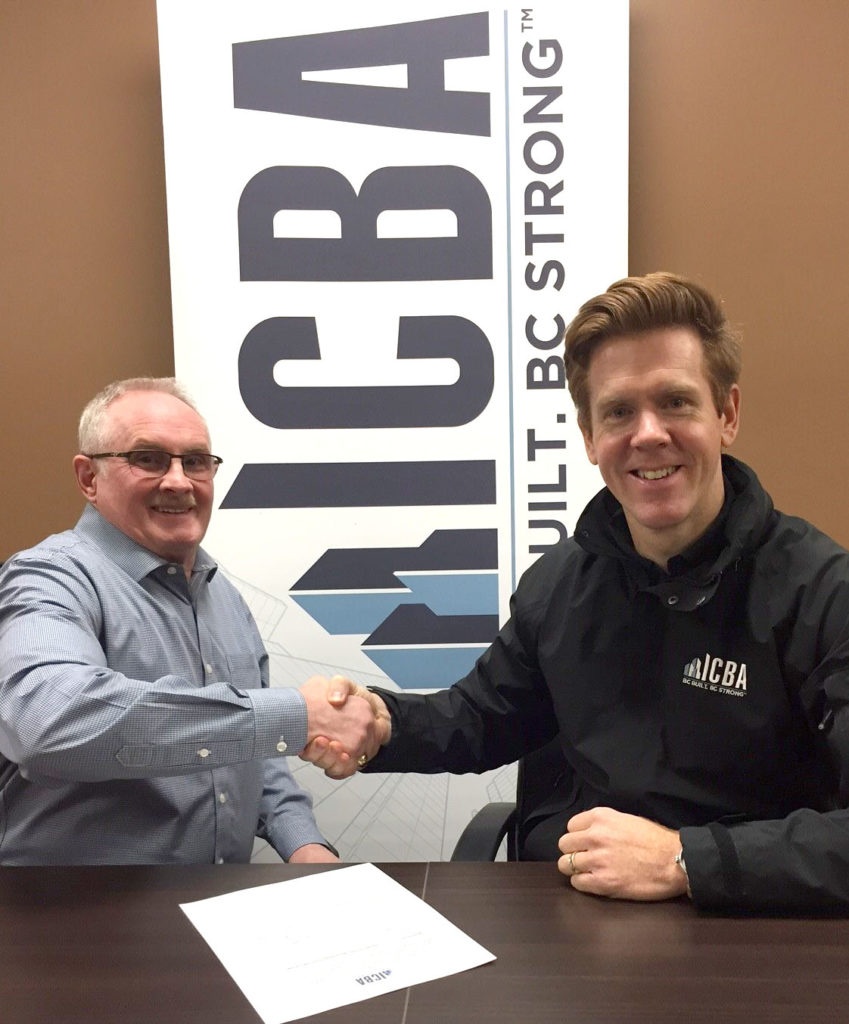 On February 1, 2017, the voice of BC’s construction sector became stronger.

We are pleased to announce that Energy Services BC merged with the ICBA.

Together, advocating for growth and investment in Northeast BC.

Natural resources play a crucial role in BC’s economy, creating jobs and investment in our province.  The construction sector alone employs more than 200,000 people and is responsible for 10 per cent of our province’s economic activity.

Over the past year, ICBA has helped bring projects to yes along with the support of more than 35,000 British Columbians. With our expansion in Prince George, BC, we were able to connect with businesses in the north and understand the challenges and opportunities ahead.

This year, we continue the regional expansion with the acquisition of Fort St. John-based Energy Services BC – the largest oil and gas industry association in BC. For northeast BC and our businesses, this merger means we will now have a much stronger voice when dealing with issues impacting the industry. Advocating for responsible resource development and attracting investment to the northeast region will create much needed jobs and create stronger communities.

(February 1, 2017, Prince George, BC) – A year after opening its first regional office in Prince George, the Independent Contractors and Businesses Association of B.C. (ICBA) continues its regional expansion with the acquisition of Fort St. John-based Energy Services B.C. (ESBC). ESBC is the largest oil and gas industry association in the province.

“By working together in one organization, the issues that are important to businesses in the North East will get more attention across the province and the case for jobs and investment in the region will be stronger,” said Chris Gardner, president, ICBA. “The voice of the construction sector is much stronger with the ESBC as part of the ICBA.”

“Over the last several years, ESBC has been looking at ways to extend the influence and increase the profile of companies driving the oil and gas sector in British Columbia,” said Art Jarvis, Executive Director of ESBC. “This is going to be a very powerful partnership and we are looking forward to joining the voice of BC’s construction industry.”

ICBA launched a plan in January that will see ESBC members evolve into ICBA members throughout 2017.  As part of the transition, over the coming months Art Jarvis will work for the ICBA out of the current ESBC office in Fort St. John.

“People in the North East understand what drives prosperity in B.C.,” ICBA Regional Vice President, Mike Davis. “Together, the ICBA and ESBC will stand up for investments in the energy and resource sector to help bring jobs here and help build stronger communities.”

Getting BC’s natural resources to global markets is key for job creation and investment in the province.  Over the past year, the ICBA received support for responsible resource development and major infrastructure projects from tens of thousands of people across BC through its Growing the Economy campaign. The ICBA believes that the silent majority of British Columbians support developing natural resources and building projects in a responsible way that creates jobs not only in construction but in almost every other sector of the economy.

About Energy Services BC

Energy Services BC (ESBC) is a registered not for profit organization, and over the last 30 years, has been an advocate for the oil, gas, and energy service sector in British Columbia. The organization has a long history in Northeastern BC. It evolved from the former Northern Society of Oilfield Contractors and Service Firms, a group that has been active for more than 30 years as a regional advocate for companies who provided services in the oil and gas industry. www.energyservicesbc.org

About the Independent Contractors and Businesses Association of B.C.

The ICBA is the voice of B.C.’s construction industry and the oldest open shop organization in Canada. It is also the single largest sponsor of construction apprentices in B.C. Representing the interests of more than 2,000 companies and clients, ICBA members and their skilled workers are involved in virtually all major capital and infrastructure project built in British Columbia.  www.icba.ca