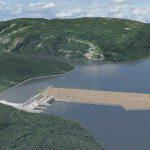 The Site C clause in yesterday’s NDP-Green Party governing deal puts the dam in danger. From the deal:

“Immediately refer the Site C dam construction project to the B.C. Utilities Commission on the question of economic viability and consequences to British Columbians in the context of the current supply and demand conditions prevailing in the B.C. market.”

It’s the word “current” that puts the dam in jeopardy. This $8.8 billion project isn’t being built for current demand. It’s a project that’s being built for 10, 30, 50, even 100 years from now. But by slapping the short term lens on it, the NDP and Greens will be able to spin that it’s not necessary.

For ICBA, this is a grave concern. More than 2,100 people are working on that dam project today. Every single one of those jobs is at risk, because two guys in Victoria think they know better than anyone else. As ICBA President Chris Gardner told the Globe and Mail:

“Site C is being built for the growth of the economy that is going to occur over decades to come,” said Chris Gardner, president of the Independent Contractors and Businesses Association of B.C., a group that represents non-union contractors and supports Site C. “This is a project that provides clean energy, clean power … we are going to need secure, reliable energy.”

But we need that power for the future. As Blair King wrote in the Huffington Post:

When Canada agreed to the Paris Agreement on climate change, we committed to reducing our greenhouse gas emissions by 30 per cent below 2005 levels by 2030. To achieve that goal, we will need to electrify everything we can, while simultaneously ensuring that the electricity used is low-carbon or carbon-free.

Canada generates almost 80 per cent of our electricity without emitting greenhouse gases. This means that even if we eliminated all our remaining electricity emissions we would only achieve 37 per cent of our goal. One of the biggest potential sources of greenhouse gas cuts is our transportation sector which represented 23 per cent Canada’s emissions in 2014. As I have described, electrifying our transportation system will require a massive upgrade of our electricity generation capacity. By my calculations British Columbia will require the equivalent to the output of six Site C Dams just to electrify our transportation system. That doesn’t even start to consider what we will need to reduce our reliance on natural gas.