BURNABY, B.C. – The Independent Contractors and Businesses Association (ICBA) applauded Green Party leader Andrew Weaver following his announcement today that he would not support the NDP’s plan to take the secret ballot away from union certification votes. 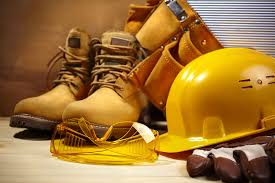 For 16 years, the NDP and its union donors have been trying to strip workers of the democratic right to cast a secret ballot, instead pushing for a system where employees have to publicly sign a card approving a union.

“Stripping workers of the secret ballot would weaken the rights of workers to the benefit of big unions – we’ve enjoyed relative labour peace in BC in recent years, so it’s puzzling that the NDP want to turn back the clock on labour relations in this province,” said Chris Gardner, ICBA President. “The current system, using a secret ballot, ensures that neither employers nor unions are able to coerce or intimidate workers. Certification votes are fair and they are supervised by a neutral party, the Labour Relations Board.”

In an interview with The Vancouver Sun, Weaver explained that his preference for a secret ballot was born out of his experience with the University of Victoria faculty association. His comment that, “in any certification drive there are those people who feel pressured to sign a certification drive but they want the opportunity to have a secret ballot,” lines up with the experiences of workers across B.C.

“There is nothing more fundamental to our democracy than the secret ballot. Whether it’s when we elect governments or members to local community associations, we rely on the secret ballot to provide assurance that the process is free from manipulation,” said Gardner. “Working men and women deserve no less when they are deciding whether or not to join a union.”