BURNABY – New rules and bureaucracy proposed by the federal government will adversely impact Canada’s energy industry, says the Independent Contractors and Businesses Association (ICBA) in a submission to the Standing Committee on Environment and Sustainable Development. 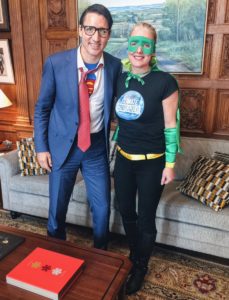 ICBA is concerned that over the past several years, it has been excruciatingly difficult – often impossible – for major infrastructure projects to ‘get to yes’ in Canada. Energy East, Pacific Northwest LNG, and Keystone XL have all been cancelled. In addition, nearly every major international energy company has sold its assets in the oil sands and left Canada.

“Unfortunately, the exodus may continue given the recent announcement by Kinder Morgan that its $7.4 billion Trans Mountain pipeline expansion project may be the next major project to be shelved in Canada,” said Chris Gardner, ICBA president. “The message sent by Bill C-69 is not helpful.”

ICBA noted in its submission that the president of RBC, Dave McKay, recently raised concerns about investment capital leaving Canada and going elsewhere – mainly the United States – as a result of lower taxes, more effective regulations and an investment-friendly environment.

In recent years, investors in Canada have had to digest significant federal and provincial tax increases which – taken together with recent substantial tax reductions in the United States and general uncertainty over NAFTA negotiation outcomes – underscore that Canada’s (and British Columbia’s) small, open trade-exposed economy is no longer competitive.

“We need to make it easier to attract investment and do business in Canada not harder,” said Gardner. “By adding gender-based analysis, climate change objectives, and other socio-economic concerns to the existing list of items a proponent must examine as part of their review, the government has made the process more – not less – complex.”

Canada’s energy sector directly employs more than 425,000 men and women and is the single largest source of private sector investment in the country. “We have to stop vilifying Canada’s energy industry,” said Gardner. “No jurisdiction in the world harnesses its natural resources more sustainably than Canada – we have a lot to proud of, yet we seem content to lose investment, jobs, opportunity and talent as companies decide to invest billions of dollars, not in Canada, but in other countries.”

“This legislation seems designed to make it more difficult to invest in Canada and aimed at relegating bold, visionary and nation-building construction and infrastructure projects to something found only in Canadian history textbooks,” said Gardner.

#BCPOLI HOTSTOVE: A Wild Week of Protests in Victoria (& Beyond)
Construction industry's changing role is vital for prosperity in B.C.
ICBA IN THE NEWS: 46 Associations Pull Out of Biased WorkSafeBC Review

Congratulations to our friend Fiona Famulak on her new role with the BC Chamber of Commerce -- as we know from working with her time during her time at VRCA, Fiona is a top-notch leader and will bring great energy and experience to this new role. Congrats Fiona and to the Chamber team! ... See MoreSee Less

The BC Chamber of Commerce is pleased to announce the appointment of Fiona Famulak as president and chief executive officer. Famulak brings to the role more than three decades of international experie...
View on Facebook
· Share

As if rebuilding the post-COVID world won't be hard enough, many of us will have lingering mental health issues that need to be addressed too. From the Financial Post:“We’re seeing the exhaustion,” Matejicek said. “We’re seeing the burnout. We’re seeing people trying to keep going even though they are starting to experience the impacts of the stress, the pressure.” ... See MoreSee Less

The hidden threat to Canada's economic recovery — our mental health

Kevin Carmichael: If country's workforce is coping with low-grade PTSD, there aren't any simple levers policy-makers can pull
View on Facebook
· Share

Congratulations, Trevor! Thanks for everything you’ve done for LMS Reinforcing Steel Group.Today marks the end of an era.Congratulations to Trevor Bailey on his retirement (after today) from the company after 25 years. We sincerely appreciate your contributions and wish you all the best in the next chapter of your story. Now Friday is every day!#Congratulations #retirement #happyfriday #Lms #skysthelimit #thankyou #enjoy #rebar #rodbuster #ironworker #Facebook #storyline #years #values #company #teamwork ... See MoreSee Less

We're very proud to stand up in court, alongside Premier Jason Kenney and the Alberta (and BC!) energy sector, against the federal government's job-killing Bill C-69. ... See MoreSee Less

Alberta in court to argue Ottawa's Bill C-69 is unconstitutional

Why do we work so hard to #get2yes on big infrastructure projects? Because in tough economic times like today, they keep our economy (and thousands of families) afloat. ... See MoreSee Less

Don't miss your chance to register for our Field Scheduling 101 - Who Does What When in the Field? webinar March 30! The aim of this course is to provide tools for scheduling at the Site and Crew Level. Click here to register: http://ow.ly/Cb5F30ryTHZ

Wow - great hire by the @bcchamberofcom... Fiona is a top-notch leader and will bring great energy and experience to this new role. Congrats Fiona and to the team there!