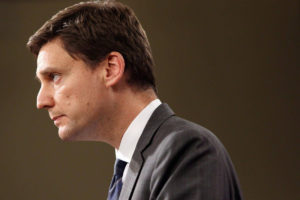 The petition lays out arguments that the prop rep referendum process is flawed legally and violates the Canadian Charter of Rights and Freedoms, including:

“Whether people support proportional representation or not, the process set out by the Horgan Government was rushed, the questions are confusing and the rules restrict voters from getting the information they need to make an informed decision,” said Chris Gardner, ICBA president. “On fundamental democratic issues like this, British Columbians have a constitutional right to a clear question, open debate, and as much information as possible.”

ICBA wants the court to quash the referendum’s regulations, declare that the process has been unconstitutional, and issue an injunction staying the vote until the legal deficiencies have been remedied and the constitutional challenge can be adjudicated.

ICBA, which has been joined in the action by the Canada West Construction Union and Kenneth Baerg, is represented by Peter A. Gall, one of Canada’s most accomplished litigators.

“It’s not fair and it’s hard not to think that the NDP are rigging the referendum to the result they want – this is a betrayal of the democratic principles that form the basis of our government,” said Gardner. “This process is fundamentally flawed and should be restarted to ensure its integrity.”

The full, 49-page filing can be found HERE.