OP/ED: Why is the NDP government collecting email addresses?

A long time ago, a wizened veteran of a thousand political campaigns told me the most important demographic he looked at was the rate of home ownership. 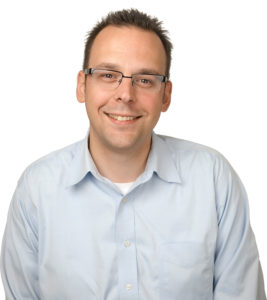 Kid, he said, in that cynical way only grizzled campaigners can muster, homeowners vote Socred (or, in the modern era, B.C. Liberal), renters vote NDP.

Of course, nothing in politics is ever that cut-and-dried. Even the NDP know they need some homeowners to support them if they ever hope to have a majority government.

That’s why one particular piece of information collected on the speculation tax exemption form should give voters pause. No, not the social insurance number, or overreaching personal details, or what you do with your private property.

Why is the NDP government sending out 1.6 million letters to homeowners to capture, maybe, 20,000 British Columbians who should pay the tax? Email addresses.

Claims that the speculation tax opt-out process is just like the homeowners’ grant process are false. To get that $570 tax saving, you must sign your property tax form or — if you pay online — click a box. Easy peasy.

The speculation tax is different.

“Whereas the ministry admits that on average an exempt property owner will need up to 20 minutes to complete the speculation tax application — and that is a lowball estimate in my opinion. It takes much more than 20 minutes to navigate the more than two dozen pages of information about the tax and its exemptions posted on the ministry website.”

Then, of course, your spouse has to repeat the process — and hand over his or her email address too.

The crazy thing is that the homeowners’ grant can only be claimed if the property is the taxpayer’s “principal residence.” It would have been simple to cross-reference databases and eliminate those properties from the initial tax, saving maybe a million bucks, time and a batch of bad press.

So why bother with such an intrusive rollout?

There is only one piece of personal information on that speculation tax exemption form that government can’t get through its myriad of databases: email addresses.

I’m not suggesting that the NDP government or the provincial bureaucracy would directly email British Columbians partisan messaging. This would be immediately caught by the Privacy Commissioner and be a public-relations disaster.

But what’s to stop the government from dumping those email addresses into Facebook or other social media advertising platforms in order to “better communicate” with British Columbians or target government-friendly ads to homeowners? Or to analyze the data and create “like audiences” to market?

The NDP have a historic disadvantage with homeowners — what better way to soften and/or test messaging with them than by social media?

There is no compelling reason why the NDP government needs our email addresses for this speculation-tax exemption. Indeed, cybersecurity experts and academic researchers have been saying for years that you shouldn’t collect information you don’t need (or plan to use) — because then you have a duty to protect it.

One presumes the government has plans to use its database of 1.6 million email addresses for something. But what? Will the Privacy Commissioner weigh in to stop them? Will the B.C. Liberals or the B.C. Green party kick up a fuss in Question Period?

Even the most cynical campaigner has to tip their tinfoil hat to the NDP on this one.