The Fall 2019 edition of ICBA’s Construction Monitor is out, and it looks at the role of open shop companies in training apprentices. 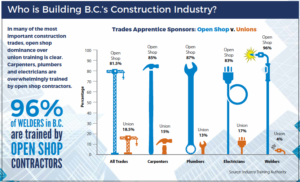 Their only problem: it’s a complete myth.

At ICBA, we’ve always known the open shop is leading the way in apprenticeships, and now we’ve proven it. Data obtained from the Industry Training Authority shows an even smaller role in apprenticeship training for the old-school unions than most might have guessed.

In B.C. today, non-union construction companies – like the ones who make up ICBA – sponsor four times as many apprentices as unions. Open shop accounts for 23,172 – or 81.5 per cent – of the 28,432 British Columbians currently pursuing construction trades certification. The unions’ share is only 15 per cent.

Apprenticeship training is fundamentally important to the long-term health of our industry and to our provincial economy. And ICBA members and other open shop contractors are the ones taking on the largest share of this crucial responsibility.

The Building Trades often forget that learning a skill and mastering a craft happens on the job working side-by-side with colleagues who have experience and expertise.

All of this makes the NDP Government’s move to Building Trades-union-only monopolies on major taxpayer- funded projects so offensive. Freezing out 85% of construction workers is unfair, discriminatory and costly to workers and taxpayers. 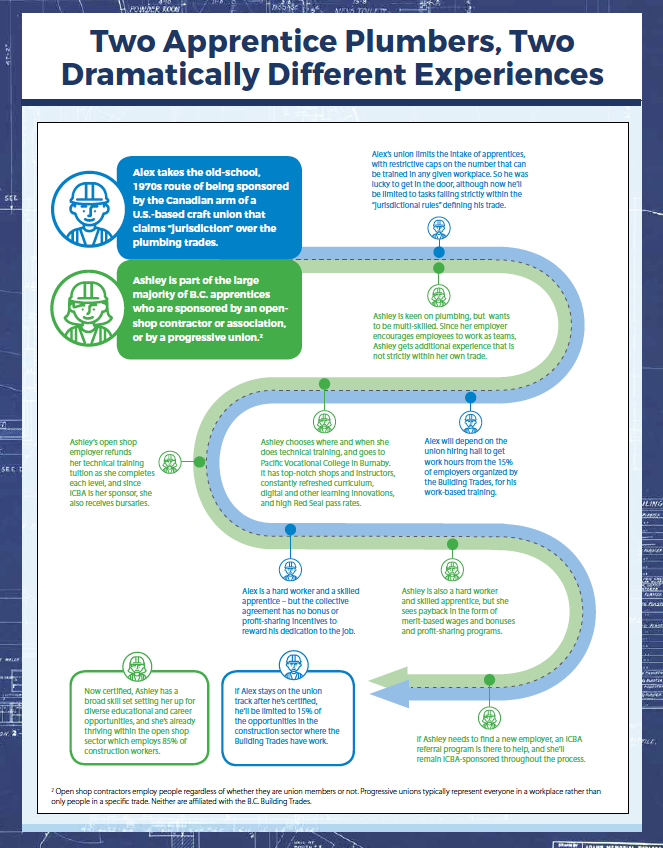