ICBA joined 20 other employer associations this week in a letter to BC Minister of Labour Harry Bains, outlining the business community’s strong objections to a series of changes the NDP Government is planning for WSBC (as set out in legislation proposed last week in Bill 23).  It is clearly the wrong time to impose more costs, complexity, and confusion on businesses struggling to survive the worst health and economic crisis in 100 years. 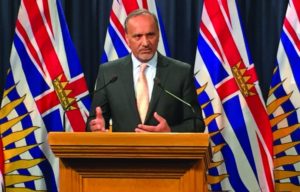 Some of the concerns about Bill 23 raised in the letter:

Media coverage of these issues can be found HERE (Les Leyne in the Times Colonist) and HERE (Tom Fletcher for Black Press).