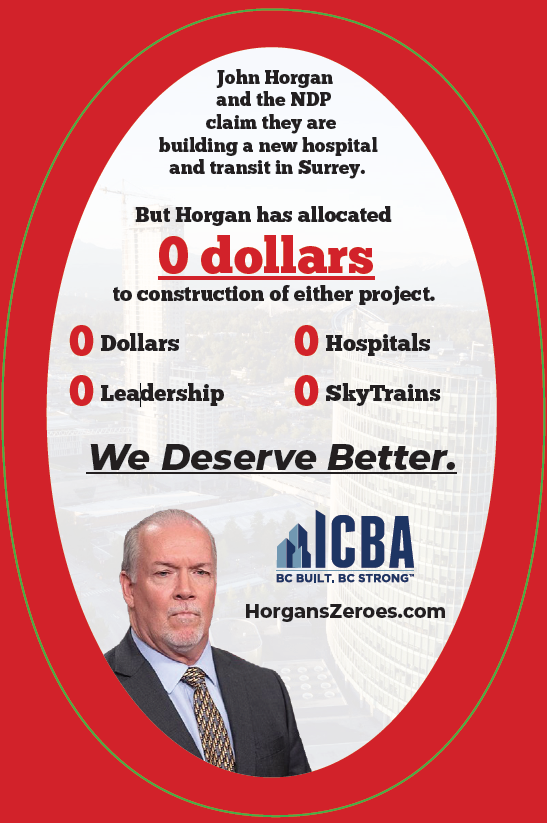 John Horgan and the NDP talk a big game, but the proof is in the funding. 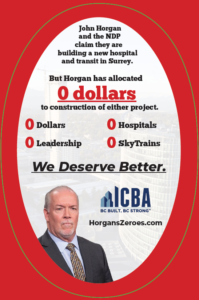 And despite claiming to support a new hospital and SkyTrain in Surrey, the Horgan NDP has not allocated a single dollar toward the actual construction of these billion-dollar projects. Check the four provincial budgets presented by Horgan’s NDP: not one dollar to build the new hospital or a new transit line.

They are breaking their word, just like they broke their promise to taxi families, to the BC Green Party, and to put significant resources into childcare, affordable housing and the opioid epidemic.

Say one thing, do another.

John Horgan’s vision for BC: