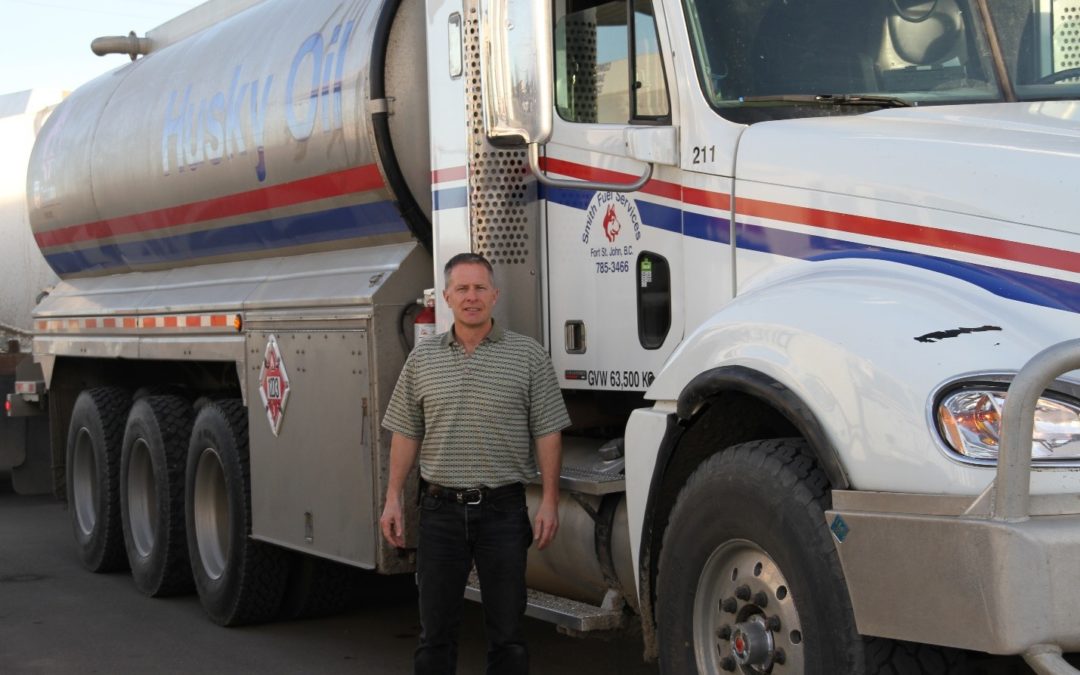 Smith Fuel Services is celebrating 45-years of service in the North Peace region of British Columbia.

As part of their 45th anniversary, they would like to send out an enormous thank you to the community of Fort St. John and the North Peace based businesses and residence for the many years of steadfast support!

Smith Fuel Services Ltd has operated as a locally owned business in the Fort St John / North Peace area for more than 4 decades.  Currently owned and operated by David Smith, the business was established in 1976 by his father, Mike Smith, a long-time resident of Fort St. John.

“Dad started the business in 1976 with one truck,” said David.  When Fort St. John went through tough times in the early 1980’s, Mike continued to seek out new customers and markets, temporarily downsizing operations until markets improved.

David has been involved in the business from the very beginning, becoming actively involved in 1979 when he began driving trucks and performing mechanical duties during the winter months.

In 1985, David began working full time for the business, starting at the bottom and working his way up to the administration of the business.  Ten years later, in 1995, David purchased the business from his Father, Mike.  Smith Fuel Services has continued to experience significant growth and is running more efficiently than ever today.

Their service, longevity and commitment to the community are the reasons their clients keep coming back. “We’ve been here longer than any other bulk plant or agent in the area, and people like stability.”

Their mission at Smith Fuel Services is to represent Husky Energy / Cenovus as a good corporate citizen, ensuring a commitment to good customer relationships, environmental protection, and a positive image in the community, supporting local organizations such as the Child Development Centre, 4-H, Minor Hockey, Peace Country River Rats and more.

Additionally, they offer access across the nation though the ESSO Key to the Highway cardlock network. They also have double walled tanks for sale and rentals, fuel skids and VP Racing Fuel products such as C-12 and U4.4.

Smith Fuel Services welcomes you to call or visit their facility for your fuel, lubricants and more. For more information, call 250-785-3466 or visit them online at www.smithfuelservices.com.