ICBA IN THE NEWS: Let Russ Cook… a Gala Dinner? 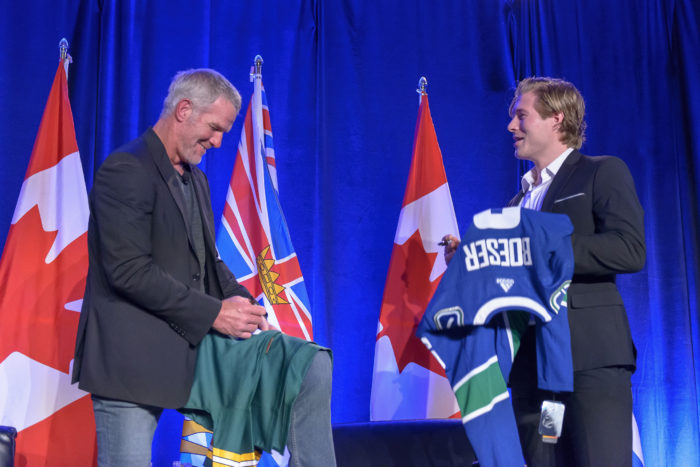 The following piece by BC sports media legend Greg “Dr. Sport” Douglas was first published on TheOrca.ca on Saturday, Nov. 6, 2021.

It’s a theory successful NFL head coaches have adopted for years: “If the playbook is working, don’t change it.”

Taking a page from that very guide, organizers of the ICBA Gala Dinner celebrating BC’s construction industry have called another blockbuster audible.

Russell Wilson of the Seattle Seahawks will be the fourth Super Bowl champion quarterback to be guest speaker for the Independent Contractors and Businesses Association event on April 26, 2022 at the JW Marriott Parq Hotel in Vancouver.

While ICBA members have already been informed, the public announcement goes out Monday.

“With COVID-19 preventing us from holding our dinners in 2021 and 2020, we wanted to come back with the biggest star attraction possible,” says ICBA president Chris Gardner.

“In British Columbia there isn’t a bigger NFL fanbase than the Seattle Seahawks 12s, and no bigger star than Russell Wilson.”

NFL Hall of Famers Peyton Manning at the 2017 Gala Dinner, Brett Favre in 2018, and Troy Aikman in 2019 were all big hits as keynote speakers and there is no doubt that Wilson will carry on the tradition.

“Russell Wilson’s story is incredible,” Gardner points out. “Scouts claimed he was too small to ever become an elite NFL quarterback and he was supposed to be the Seahawks’ backup. All he did was worker harder and shatter every expectation in his rookie year. One season later, he threw two touchdown passes to win the Super Bowl.”

Considered to be a future Pro Football Hall of Famer, Wilson is recognized as a prominent ambassador for the game. He and his wife, pop star Ciara, have donated millions of dollars to charities around the world.

All three NFL quarterback icons attending the previous ICBA Gala Dinners were enormously popular with their inspirational and motivating addresses. But in the eyes of Vancouver Canucks’ star Brock Boeser, none was more popular than former Green Bay Packers’ great Favre when he spoke at the 2018 event.

Boeser, born in Burnsville, Minnesota, made a point of being on hand to meet Favre, explaining that his mom was a dedicated Packers fan. Boeser and Favre exchanged autographed jerseys with Boeser explaining he was under orders from his mother to say hello on her behalf.