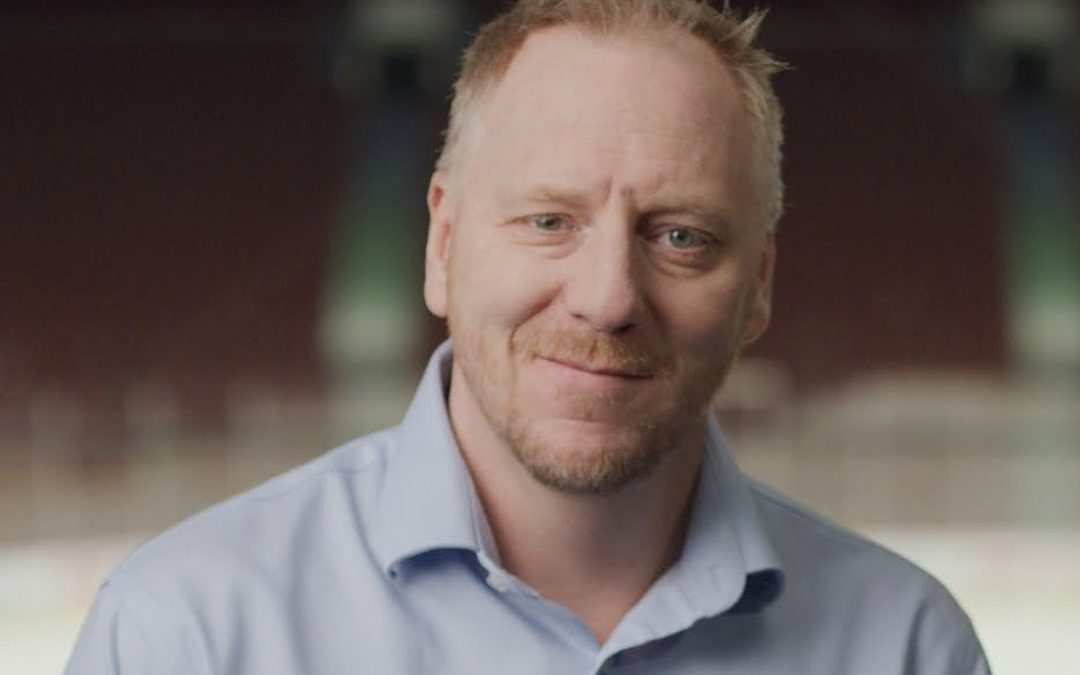 SURREY – Today is National Construction Day, and ICBA is celebrating a star signing: former Canucks goaltender and mental health advocate Corey Hirsch has joined the ICBA team as its Wellness Ambassador for 2022.

“We have a mental health challenge in our society, and construction is no exception. We have to act or too many of our friends and co-workers will suffer in silence, which all-too-often leads to tragic results. That’s why I’m so proud to be ICBA’s Wellness Ambassador,” said Hirsch. “Together, ICBA and I will spread our message of the importance of starting conversations and breaking down the stigma around mental health, addiction and suicide.”

“ICBA is thrilled to welcome Corey to our team, as we work together to reach out to the 250,000 men and women who go to work every day on B.C. construction sites,” said Chris Gardner, ICBA President. “Every contractor wants to see the people working on their job sites physically and mentally well. ICBA Wellness is tailored to construction workplaces and workforces, and having Corey as our ICBA Wellness Ambassador will help us reach even more people.”

“The feedback and support for ICBA Wellness has been tremendous from both construction company owners and the frontline workers,” said Gardner. “At a time when society’s mental health is being stretched and challenged in unprecedented ways, I’m confident our effort is making a difference on construction sites around the province.”

In early 2022, ICBA and Hirsch will be taking the Wellness in Construction message on the road to six cities in B.C. The theme of the speaking tour is “Just One More Day”:

Free tickets are available at icba.ca/corey.

“We are excited to connect Corey with our members around the province,” said Gardner. “We believe his story will resonate with construction workers and help open up new conversations about mental health, stigma, suicide and addiction.”

ICBA represents more than 3,300 members and clients in construction and responsible resource development, trains more than 5,000 workers every year, and is the single largest sponsor of trades apprentices in B.C. ICBA is also one of the leading third-party providers of group health and retirement benefits in western Canada. In 2021, ICBA won the Reed Award for North American Trade Association of the Year. icba.ca

Corey Hirsch is a former NHL goaltender, coach and an Olympic Games silver medalist and currently a colour commentator for the Vancouver Canucks with SportsNet Radio.  Following his professional hockey career and after dealing with his own mental health struggles, he embarked on a mission to open a conversation to end the stigma around mental health.

In 1994, just three years after being drafted by the New York Rangers, Corey both won a silver medal and drank from the Stanley Cup as a member of the Rangers’ championship team. What no one knew was that Corey tried to take his own life that same year.

Months later, he was traded to the Vancouver Canucks and went on to play 100 more NHL games, before finishing his career in Europe. The entire time, Corey struggled with his mental health issues. When he could no longer play due to debilitating panic attacks and severe weight loss, he finally reached out to his team trainer. Corey was eventually diagnosed with obsessive compulsive disorder and got the lifesaving treatment that he needed.

Corey would go on to coach goaltenders with the Maple Leafs and Blues, before joining Sportsnet Radio to do colour commentary for the Canucks.

In February 2017, Corey wrote a piece for The Players’ Tribune, sharing publicly his mental health diagnosis and suicide attempt. His story sparked important conversations within hockey and beyond, as more athletes began to open up about mental health.

Today, Corey is an advocate in the battle to end the stigma around mental health. He is an engaging speaker that educates, motivates, and inspires his audience. He gives hope to others struggling by showing vulnerability and letting people know they are not alone. He has joined ICBA as our Wellness Ambassador for 2022 and will be embarking on a multi-city speaking tour and providing content for ICBA’s Workplace Wellness program.