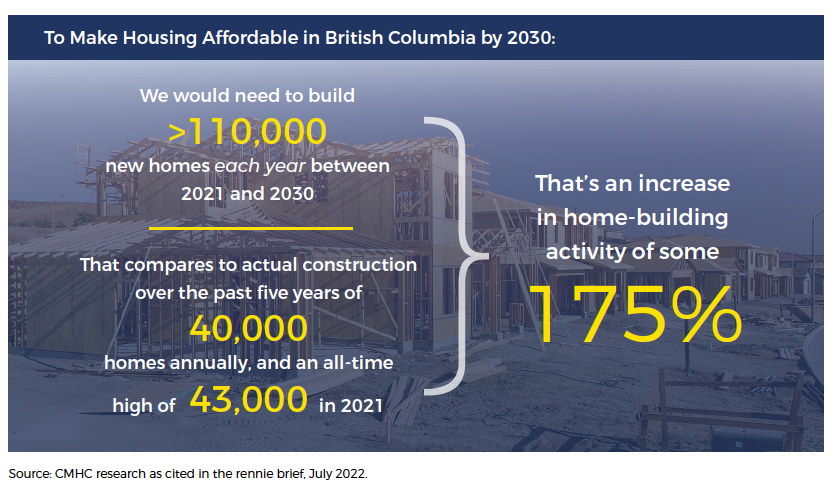 Less than two years since the last provincial election and barely a year since the last federal one, British Columbians are again being asked to head to the polls – this time municipally. For contractors – and anyone who cares about the state of B.C.’s construction industry and housing market – it’s time to get out and vote.

Municipalities may be the junior level of government, but their policies and procedures have a big influence on the viability and cost of construction projects. City-set fees, regulations and red tape are the key drivers of housing availability and affordability.

For many voters, this reality is out-of-sight and out-of-mind. But the research is clear and the scope of the impact is frankly shocking.

According to the CMHC, the last time housing was affordable was in 2003/04, nearly two decades ago! The regulatory burden adds significantly and largely unnecessarily to the cost of housing, particularly here in B.C.

Municipalities have many levers at their disposal to reduce the regulatory burden on housing affordability – not the least of which is better efforts to rein in their own run-away spending.

This October’s municipal elections are an opportunity to get affordability on the table. Candidates across the province need to be asked what they will do to reduce fees, to speed approvals, and re-think housing in order to tackle the affordability crisis head-on.