Affordable Housing: The BC Construction Monitor

It’s been an active and interesting few months on the housing file in British Columbia. There was a sharp step-back in sales in Metro Vancouver over the summer, in the wake of the retroactive 15% tax on foreign real estate purchasers. But it’s not at all clear that the long-term impact of this and other recent housing-related actions will be all that significant.

The problem is that we’re trying to regulate – and, ironically, tax – our way to affordable housing; and with an almost exclusive focus on decreasing demand. But even if we brought foreign investment in Metro Vancouver real estate to a full stop, what about the tens of thousands of new households that will be formed through population growth in the years to come?

Among the ranks of those struggling to find acceptable housing here are a growing number of pro-housing “Yes-in-my-Backyard” or YIMBY activists. And they are calling for an at least equal focus on the crucial supply side of the equation.
In this Monitor, we detail how intense the supply-demand imbalance has become, and we identify some of the ways of moderating it. Certainly a reduction in the large municipally imposed regulatory burden has to be part of the solution, since research demonstrates that housing supply is particularly sensitive to added delays and uncertainty.

And if current owners and residents are genuinely concerned about affordability for newcomers and the next generation, they need to accept that existing communities must adapt to accommodate-date more housing. Fortunately, there are opportunities to create density unobtrusively, and there are a whole range of benefits that come along with doing so

It’s near impossible to address an issue of severe scarcity and lack of affordability by focusing on demand alone. We’re keeping one hand firmly tied behind our backs if that’s the strategy we stick with. Instead, let’s tackle this challenge full on: let’s shift our focus away from trying to regulate down demand, and instead build more of the housing that British Columbians need.

We’re building homes, but not enough

Builders are stepping up to meet huge housing demand in Greater Vancouver. In the first quarter of 2016 there was a record level of more than 7,000 housing starts, and new home construction is expected to remain above recent averages through 2016 and 2017. But even with a steady climb in residential building, the supply of available homes has been dropping. And ongoing population growth will make this an even harder curve to bend. 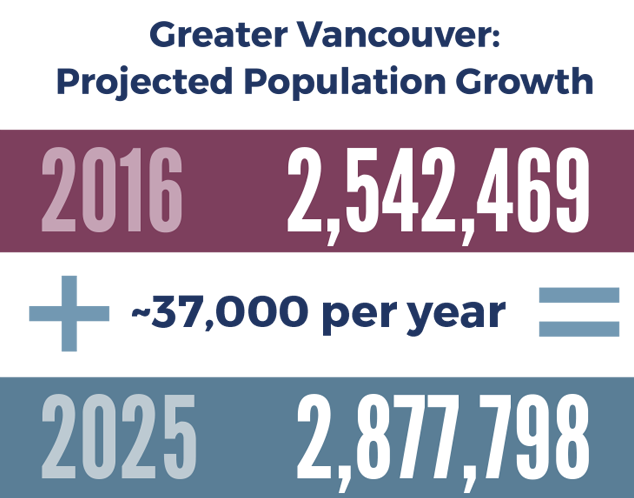 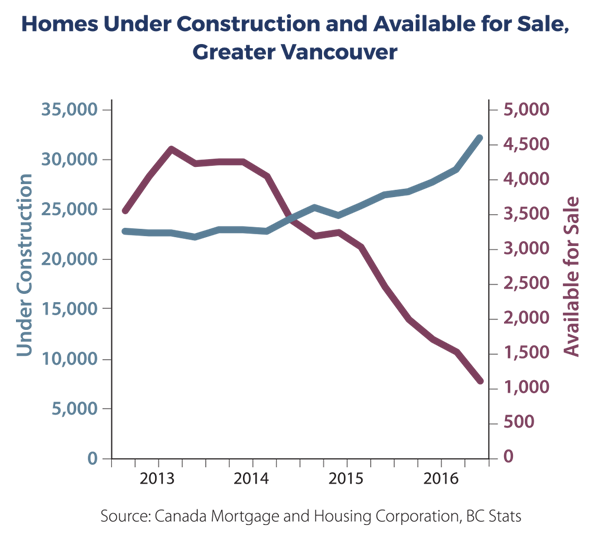 Home sales have been growing much faster than new listings in Greater Vancouver – pushing this ratio up well above the range that is considered balanced. In some areas, sales have actually outpaced new listings, depleting already very low inventory. 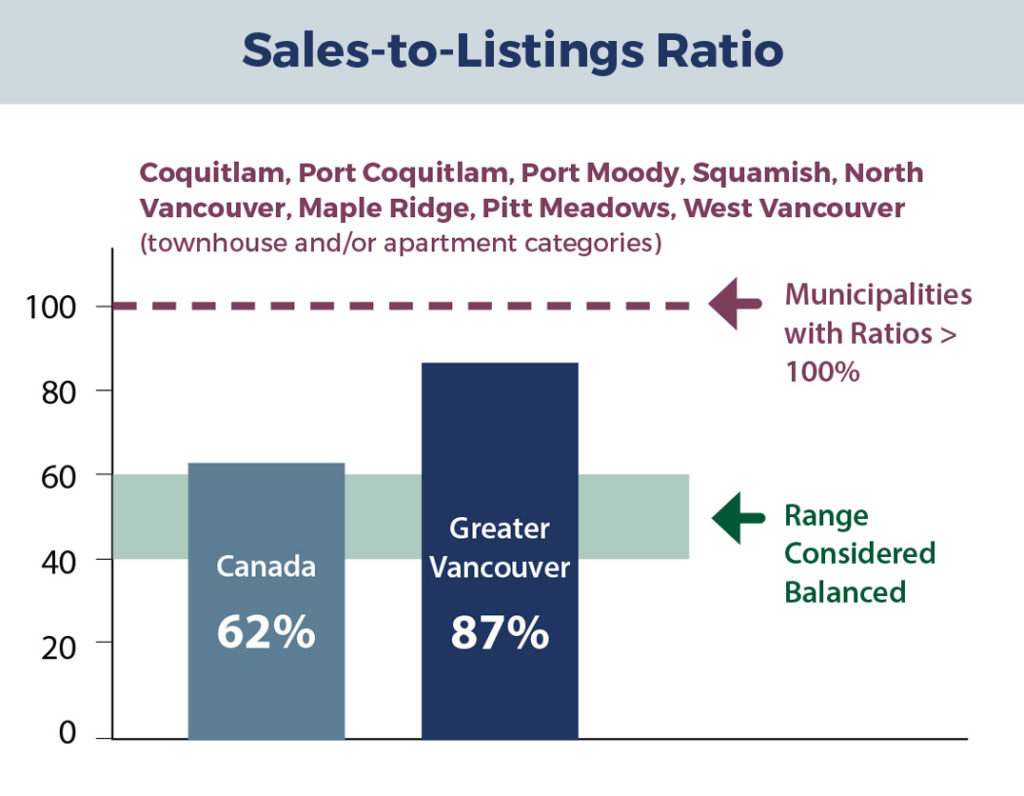 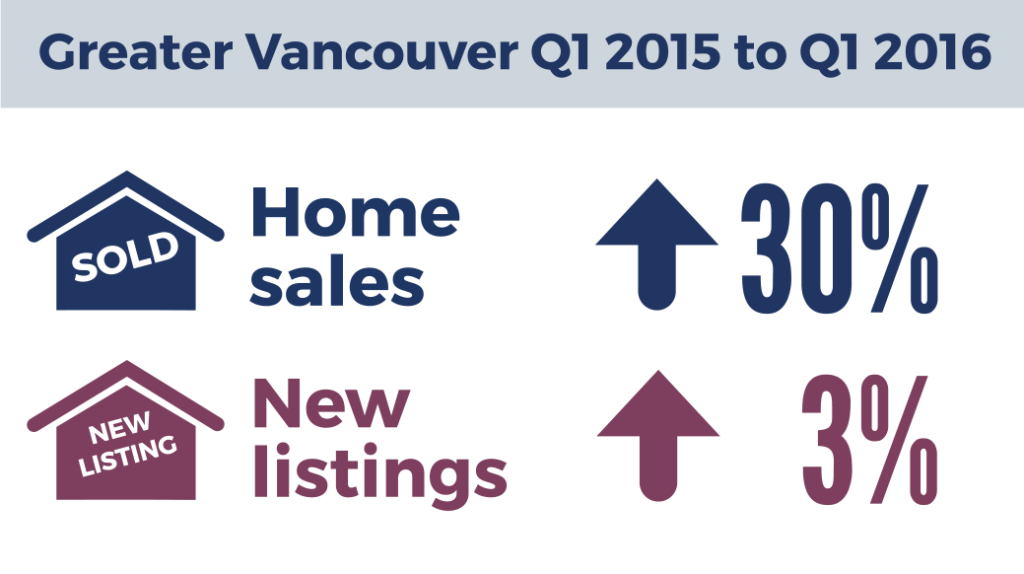 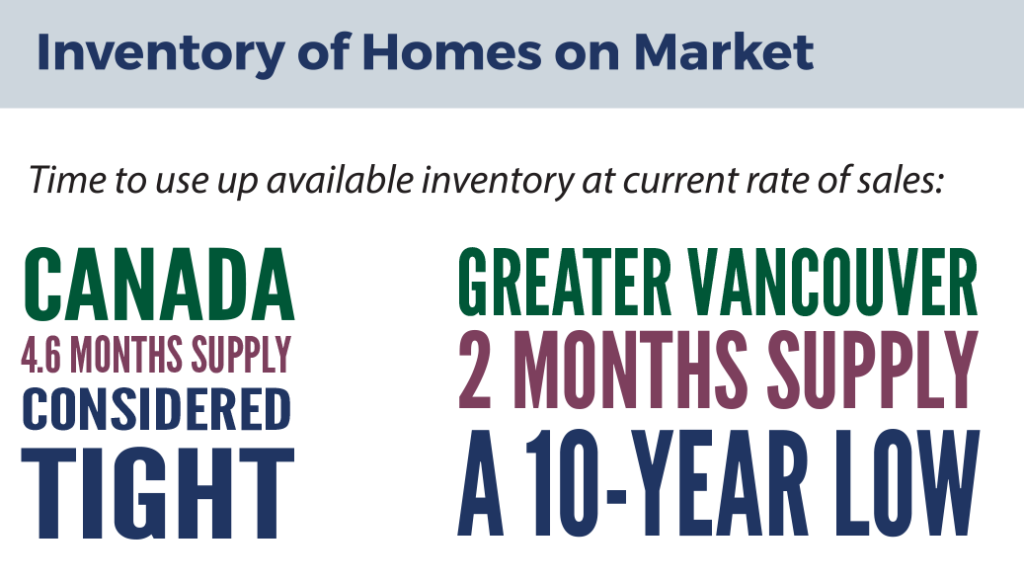 Use the landbase better

While the City of Vancouver has a relatively high density by Canadian standards, most if its landbase is set aside for single-family and low-rise residences. This suggests lots of potential to creatively fit in more housing.

The cost of a new housing unit in Metro Vancouver includes, on average, close to $30,000 in project approval and regulatory compliance costs. And regulatory delays and uncertainty further strangle off growth in the housing market.

HOW CAN WE UNBLOCK THIS BACKLOG

Growth in housing supply is especially sensitive to regulatory delays. A recent study projected that a six-month increase in municipal approval timelines would cut supply growth by more than half.

The same study projected that supply growth in Vancouver would increase by close to half if its currently heavy regulatory burden dropped to the median level in Greater Vancouver.

Residential construction in the City of Vancouver has and continues to become more complex, costly and drawn-out – as the following experiences of an individual property owner trying to build a home illustrate. 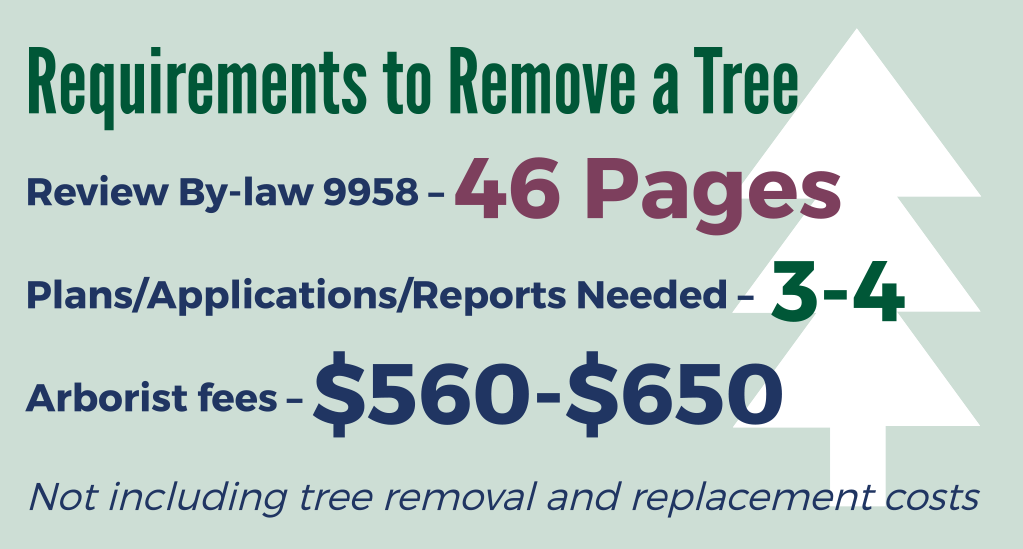 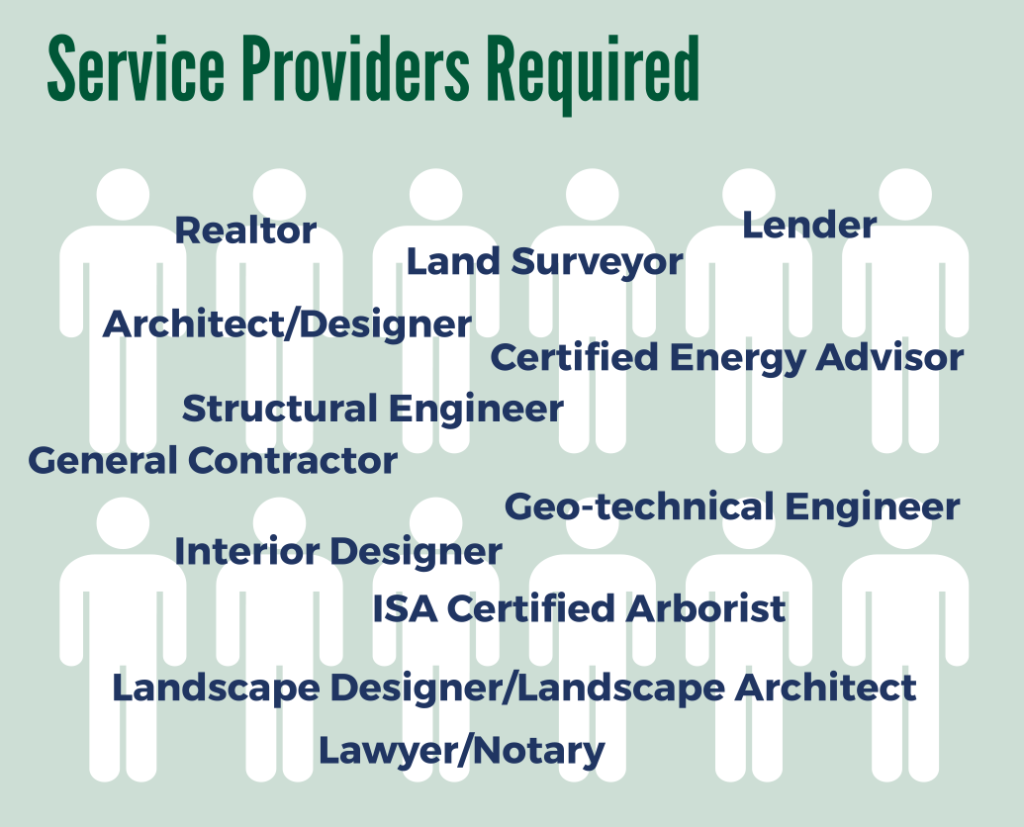 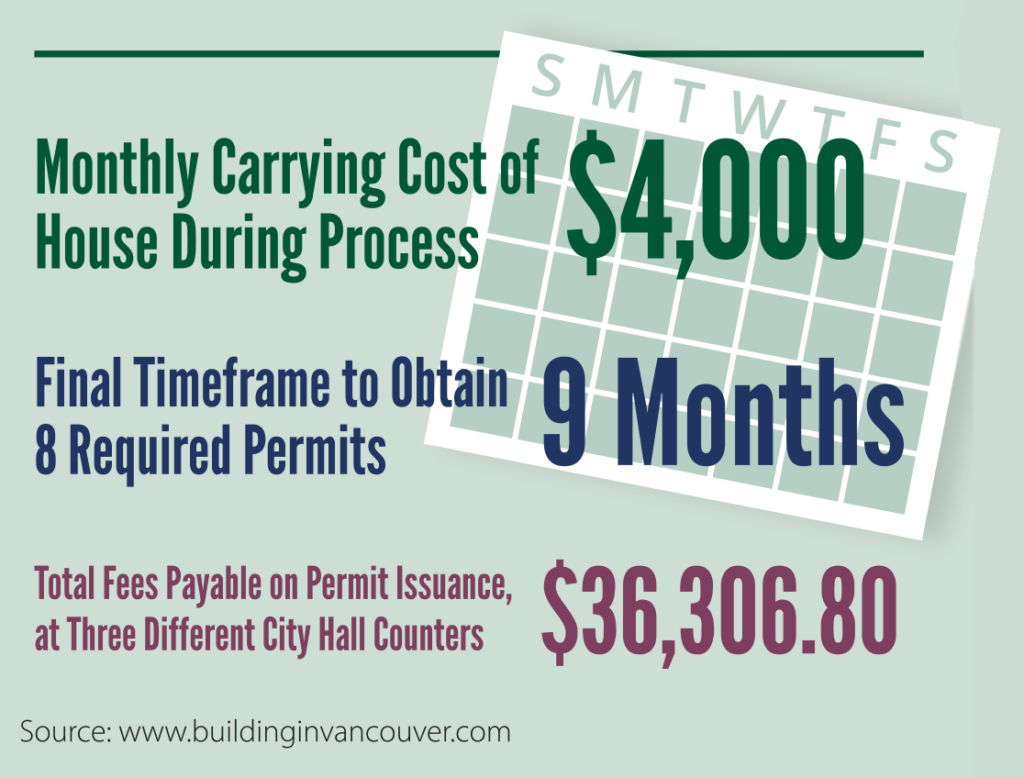 Fitting in more housing: Lots of approaches, lots of benefits

Densification is an obvious way to increase the housing supply in a given area. But it comes with a lot of additional benefits, and can be achieved in many ways besides just tall towers.

Not just more housing, but also:

“Increasing the number of homes in the region will inevitably alter the character of neighbourhoods, but in exchange, can produce thriving communities where average families can live, work and play.”

“We think that building more housing is part of the solution to the housing crisis in our city. This is based on the common-sense idea that, if there is more housing for people, more people will have more housing. Meanwhile, apartments are illegal on 81% of Vancouver’s residential land, severely restricting where relatively affordable, multi-family units can be built.”
– Recently Formed “YIMBY” group, Abundant Housing Vancouver