ICBA OP/ED: Time to build BC and invest in our future

Today, across British Columbia, over 200,000 people are working on construction projects. Some are highly skilled and supporting families while others are young people just starting their careers or enrolled in a construction trade training program. For young people making career choices, working in construction or learning a trade is a pathway to job security, healthy wages and benefits, and exciting opportunities for their career.

But the May 9th provincial election puts that future in jeopardy. 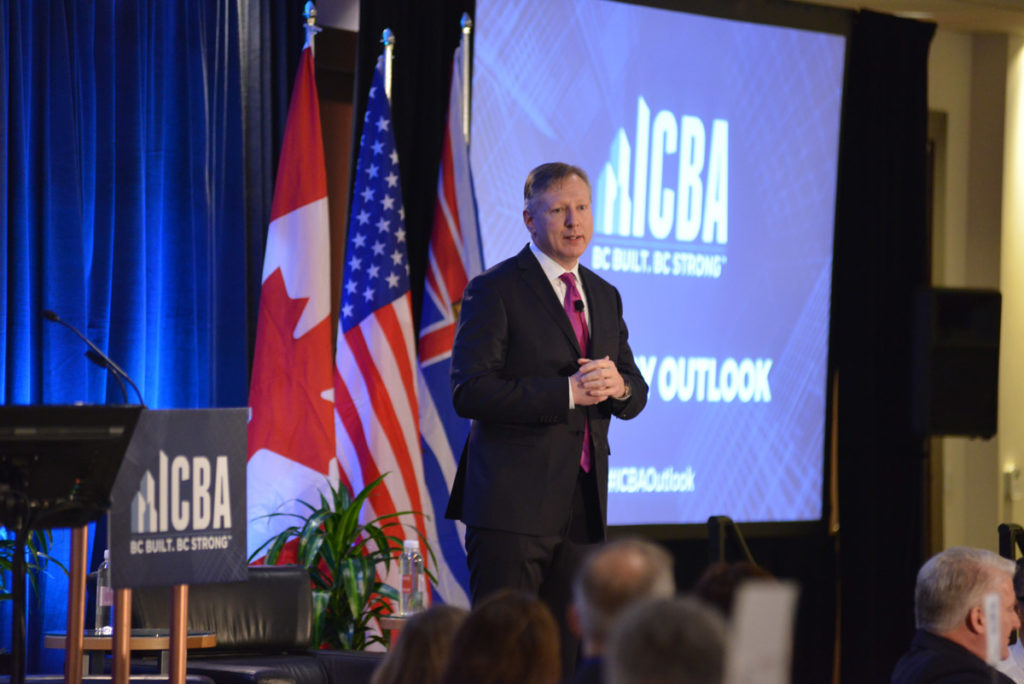 Our organization is the single largest sponsor of apprentices in BC and trains over 2,500 people every year. We feel a deep sense of responsibility to make sure that young people and those supporting their families by working in construction can count on the jobs that come from a strong economy.

The list of BC Liberal achievements has become almost cliché, but they are true: five straight balanced budgets, a top-level credit rating, low personal income taxes, the near-elimination of operating debt, and 220,000 new jobs – more than 90 per cent of them full time – created since 2011.

In addition, several of the largest energy and infrastructure developments in our history are underway or on the cusp of being greenlighted. These are significant accomplishments, and only come when political leaders focus on smart fiscal policy, cutting red tape, and put jobs at the top of their agenda.

The policies of the NDP and Green Party will deliver the opposite and rather than growing, the BC economy will shrink and we will lose jobs.

Independent economists have scrutinized the NDP plan and rendered a clear verdict. The precise magnitude may be debatable, but the New Democrats – whether negligently or willfully – have under-estimated the costs of their promises by billions of dollars.

The NDP has been equally derelict regarding the provincial debt. Their plan would hike debt by $18 billion over the four-year term of an NDP government. Credit downgrades would be inevitable, with the higher interest costs becoming yet another extra expense the NDP has no plan to cover.

The NDP’s budget plan also demands tax increases averaging $630 million per year. That’s a frighteningly large amount, and given the NDP’s incomplete and faulty budgeting, it’s no more than the ominous tip of an iceberg-sized package of tax hikes.

A change in government would include a hard stop to some or all of the major energy and infrastructure projects now moving through final approval and early development around the province.

The NDP and the Green Party are unequivocally against both the Trans Mountain Pipeline Expansion and Pacific NorthWest LNG, and they’re at best hostile to the Site C Clean Energy and George Massey Tunnel Replacement projects. If any of these projects were cancelled, the direct loss in jobs, investment, and spinoff economic activity would be massive.

Further, let’s not forget that so much of the wealth generated in BC comes from responsible resource development outside of the Lower Mainland. It’s hard to be premier of our province if you’re not prepared to invest in the future of the north and the families who live there.

With no real vision to build the infrastructure our province needs to grow or a willingness to support responsible resource development, the future for construction workers under either the NDP or the Greens would be bleak indeed. Whether it’s roads, bridges, transit, hospitals, schools or projects in the energy and resource sectors, we need to maintain a strong focus on building British Columbia.

Let’s not risk a costly setback to people working in construction and to young people just starting out. Instead, let’s re-elect the only party with a plan to build our province: the BC Liberals.

Chris Gardner is the new president of the Independent Contractors and Businesses Association (ICBA). Representing more than 2,000 companies and clients, ICBA is the single largest sponsor of construction apprentices in British Columbia.