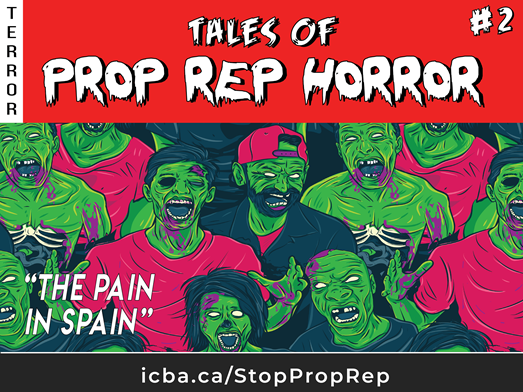 What’s more fun than an election? How about two in six months – because squabbling parties can’t build a governing coalition.

That’s the story of 2015/16 Spain, whose proportional representation electoral system created gridlock. On Dec. 20, 2015, four parties split 90% of the votes and seats, but none could get more than 29% support.

Now, B.C. prop rep supporters claim their system will create collaboration, cooperation and coalition between all political parties and result in a magical, warm and fuzzy government.

That’s a lie, of course.

With no parties able to work together to get the necessary 50% of seats to govern, it was time for a zombie election. Spaniards were forced back to the polls on June 26, 2016. Six months, two elections, millions of dollars – all wasted because of prop rep.

Tales of Prop Rep Horror #1 – “The Puzzle of Brussels”