VANCOUVER – The Independent Contractors and Businesses Association (ICBA) will be in front of a B.C. Court of Appeal judge in Vancouver this morning to make the case for an injunction to pause the proportional representation referendum process until government can make it fair and constitutional. 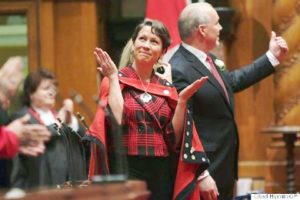 ICBA wants to overturn an August 28, 2018, B.C. Supreme Court decision to deny an application for an injunction forcing the provincial government to fix its flawed proportional representation referendum process.

ICBA believes the government has rushed the process, failed to consult British Columbians adequately, has placed unconstitutional restrictions on public participation, and is presenting voters with a confusing question that is very difficult to understand. This was reinforced on the weekend when Melanie Mark, Minister of Advanced Education, Skills and Training, admitted that despite having a degree in political science and being a Minister of the Crown, she does not understand the proportional representation systems she is asking voters to support – nor how the systems work.

ICBA will argue that the referendum questions and process are illegal because they don’t present the public with a clear choice between the current electoral system and a clearly defined and easily understood system of proportional representation – as was the case in the two previous referenda held on this matter in 2005 and 2009.

“The Government has rigged every aspect of this referendum in an attempt to get the answer it wants,” said ICBA president Chris Gardner. “While the provincial government has been using every legal maneuver in the book to delay the case, we believe it is in the public interest to ensure this referendum is conducted in a fair, transparent, and lawful manner, given that it involves such a fundamental change to our democratic system.”

The bar set by the courts to grant an injunction is high, but ICBA has been forced to seek an injunction because the Government has argued it needs more time to prepare its case to defend the referendum itself. The ICBA’s original court challenge – filed in late June – has been delayed to at least early 2019 due to the government’s inability to defend its own rules in a timely fashion.