ICBA won 6 coveted 2019 Reed Awards in a ceremony in Austin, Texas, Thursday night – including North American Trade Association of the Year. This is a huge honour.

Besides Trade Association of the Year and Best Web Video – Overall, ICBA won for: 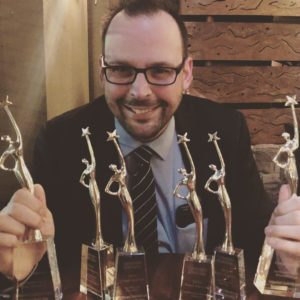 “Getting designated as a Reed Award Finalist is extraordinarily difficult,” said Shane D’Aprile, Co-Publisher, Campaigns & Elections, before the ceremony. “Thousands of entries compete, but very few make the cut. That’s how it should be in the most exacting award the campaign industry has. So when you encounter a Reed Award Finalist you know one thing for certain, they produce work that’s head and shoulders above the competition.”

Winning North American Trade Association of the Year is another indicator of the exceptional team we have at ICBA and all our hard work, advocacy, and support for our members.