NEWS RELEASE: Nothing for Job Creators and Employers in NDP Budget: ICBA

Small businesses – including thousands in construction – looking for relief from higher taxes, suffocating red tape and other anti-employer policies enacted by the BC NDP Government over the past three years, got nothing in today’s 2020-21 BC Budget, says the Independent Contractors and Businesses Association (ICBA). 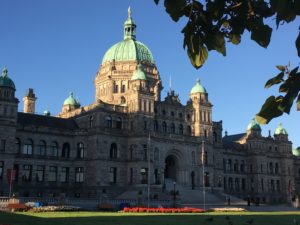 “For job creators and employers, this was a Seinfeld ‘budget about nothing’ – but far less funny,” said Jordan Bateman, ICBA VP-Communications. “Finance Minister Carole James offered absolutely nothing to businesses staggering under the weight of higher taxes, red tape, and anti-employer policies. Small business, the economic engine of B.C., is being left to rust away.”

The Budget, balanced on a razor’s edge but with growing debt, failed to include any meaningful funding for a Massey Tunnel replacement, no tax relief for employers, a tepid reannouncement of some union-focused trades apprentice programs, and no new major capital projects.

“The Massey Tunnel replacement continues to be stalled, which should anger tens of thousands of commuters at B.C.’s worst bottleneck,” Bateman said, noting the cancelled BC Liberal-started bridge would have been 60% complete today. “The NDP are running out of money after unnecessarily overspending by as much as a billion dollars on the Pattullo, Broadway subway, and Highway 1 expansion – just to give its building trades union supporters a monopoly on those projects. They’ve blown the money they should have put toward Massey, and commuters pay the price.”

The BC Budget also predicts a massive 22.1% drop in housing starts this year, followed by another 8.5% drop next year. On the other hand, the Budget anticipates a 10% jump in the total annual value of home sales over those same two years. This means fewer new homes and higher home prices.

“By not addressing falling housing starts or pushing city halls to cut red tape on new home construction, Carole James has lit the fuse on an ‘affordability bomb’ that will blow up housing costs,” said Bateman. “While the BC NDP loves to pat themselves on the back for slowing the real estate market, their own budget and priorities predict prices will explode over the coming years.”

After inheriting a $2.7 billion surplus from the 2017 BC Liberal government, the NDP have spent all of that, plus more than $6 billion in new and increased taxes. This year’s budget predicts a surplus of $227 million, but adds $5.8 billion in new debt.

Posted by Independent Contractors and Businesses Association of BC on Tuesday, February 18, 2020