Albert Einstein famously defined insanity as “doing the same thing over and over again and expecting different results.” Case-in-point: government’s approach to a lack of housing affordability in the Lower Mainland. 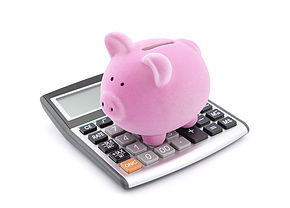 The John Horgan NDP government continues to try and bring housing prices down by doing the thing they do the most – raising taxes, hoping to suppress demand. But this has done little to make housing affordable in major markets in B.C. With demand for housing far outstripping the number of units available on the market, it does not take an Einstein-level genius to understand that we cannot, and will not, tax our way to affordable housing.

The problem of affordability in Metro Vancouver is acute. RBC recently calculated that the typical share of income needed to cover home ownership costs is 77.3% in Vancouver, twice as much as Calgary’s 38.3% and way above the national average of 50.7%.

The answer is supply – something a new Canada/BC Expert Panel on Housing Supply and Affordability is looking to tackle. The panel will provide recommendations on “supply side” measures to address chronic housing affordability issues. And their answers are desperately needed: the Horgan government predicted in its recent budget that housing starts will drop by a third over the next two years. That’s simply not enough supply and the upward pressure on prices will make a bad situation worse.

The biggest hurdle the panel should address is the shortsightedness of municipal councils. Local politicians are far too reluctant to tackle NIMBY (Not In My Backyard) residents who don’t want to see redevelopment and higher densities.

The era of single-family homes on large lots must give way in many locations to higher-density town- and row-home solutions, along with multi-story mixed-use buildings. With Metro Vancouver poised to welcome an estimated one million additional people by 2040, Rennie Group estimates that to accommodate all of these people, we will have to build as many new homes in the region as currently exist in Vancouver, Burnaby, New Westminster and Coquitlam.

That’s a breathtaking number given the refusal of City Halls across the region to embrace density and remove the barriers to building new housing at reasonable prices for home buyers in the region.

Take North Vancouver District, for example. Under Mayor Mike Little, the District Council has been turning down virtually every development that comes before it. Their next test will be an Anthem Properties project, replacing 114 50-year-old, worn-out townhouses with an innovative mix of 341 new townhomes and condos that includes 25 rent-to-own units (participants can apply 24 months of rent to a down payment), 56 long-term rentals, 33 below-market rentals (Hollyburn Family Services is helping pick the recipients), and a Habitat for Humanity unit.

Despite an 87% positive public comment rate at the project’s open house, housing advocates in North Vancouver are on pins and needles: district council’s parochialism and record of NIMBYism and anti-density is well-known. This is precisely the kind of development we need more of in the Lower Mainland, but there is little confidence the district will do the right thing.

Municipalities should be leading the way in driving increased supply and densification, but have shown little capacity to make the bold visionary decisions to see us through the current housing mess. And it’s time for the provincial and federal governments to stop acting like disinterested bystanders.

We are at a point where Victoria should use the proverbial stick and usher in a series of benchmarks on new home construction that are tangible along with penalties for cities that do not meet new housing supply targets.

The federal government’s fiscal leverage can also be helpful – federal matching dollars for rapid transit infrastructure should be strictly conditional on higher density commitments from both municipalities and the province.

“No problem can be solved from the same level of consciousness that created it,” said Einstein. It’s time our elected officials at all levels opened their minds to new solutions – and make the tough (and necessary) decisions to increase housing supply. Failure to do so will condemn a generation of homebuyers to prices that will be out-of-reach throughout their lifetime.