This article first appeared in The Journal of Commerce on June 17, 2020.
A new nationwide poll commissioned by Merit Canada and the Independent Contractors and Businesses Association (ICBA) shows strong support for open bidding on government infrastructure projects. 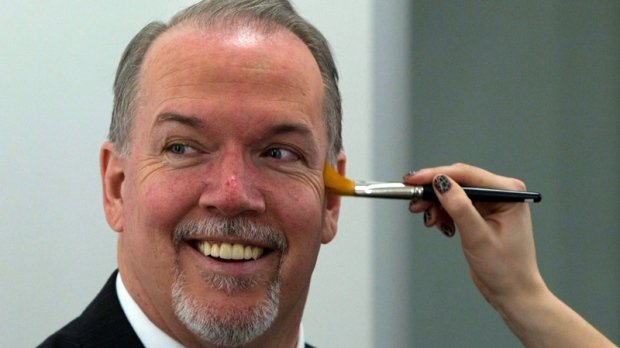 When asked if governments should give all construction companies a “fair chance to bid on this taxpayer-funded work, not just those with unionized employees,” 83 per cent of B.C. respondents agreed. Nationally, 88 per cent agreed.

“The policy is wrong,” said Gardner. “It is unfair and discriminates against 85 per cent of the men and women in construction by denying them an equal opportunity to work on government-funded projects.”

The poll comes on the heels of a different poll by the BC Building Trades that showed strong support from British Columbians for CBAs as a way to help the economy recover from COVID-19 and provide opportunities to marginalized groups.

“Hard to imagine anyone disagreeing with these policies,” said Gardner. “However, what the building trades left out is that the current NDP CBA model restricts work on government-funded projects only to those workers who are members of a building trades union.”

Gardner said only 15 per cent of the 250,000 construction workers in the province are part of a Building Trades union.

He added the ICBA’s industry surveys show the number one issue facing construction contractors over the past four years has been the shortage of workers in construction.

“As a result, contractors have been increasing wages and benefits, investing more in training their workforce, hiring locally and recruiting as many young workers, women and people from Indigenous communities as they can find,” he said. “Further, construction contractors are entering into partnership agreements with Indigenous communities and working more closely with high schools and vocational colleges to encourage young people to pursue a career in the trades.”

Gardner also criticized the first wave of CBA projects, which he said have been characterized by fewer bidders, reduced scopes of work and higher costs.

“As a result, the stated goals of the government are simply not being met,” he said. “For good reason, you cannot expect to train more construction workers, hiring locally and recruit more young workers, women and people from Indigenous communities by freezing out 85 per cent of construction workers.  “The CBA framework that the NDP government has put in place adds more complication and complexity to construction projects – the government has spent millions of taxpayer dollars to set up a new Crown corporation to administer a program that is not working.  It does not make any sense and is a complete waste of taxpayer dollars.”

The province’s CBA policy will face its next challenge on July 16 and 17, when the ICBA, all the major construction associations in B.C. and several progressive unions will ask the B.C. Court of Appeal to strike the policy down.

“The poll confirms that Canadians in overwhelming numbers simply want what’s right: a bidding process for public projects that’s fair and open,” said Paul de Jong, president of the Progressive Contractors Association of Canada (PCA), one of the groups that will join with the ICBA in the court case. “For the Building Trades Unions to suggest that taxpayers somehow support red tape, out of control construction costs, stifled competition and shutting qualified workers out of projects, is just plain ludicrous.”