Vancouver, B.C. – Business organizations representing almost all of British Columbia’s 500,000 businesses are frustrated by Labour Minister Harry Bains’ refusal to appreciate the severity of current business challenges.  At issue specifically is the potential for bankruptcy and insolvency for thousands of small and medium sized businesses and not -for-profits as they are forced to payout severance costs due to the unforeseen circumstances brought by the COVID-19 pandemic. The Minister has it within his power to provide a Ministerial Order to extend the temporary lay-off time limits under the Employment Standards Act (ESA) to provide employers with the “breathing room” needed to survive, recover, and facilitate return-to-work for laid-off employees as possible. 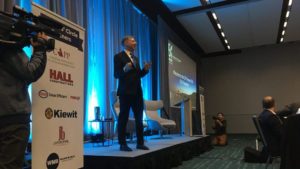 All Canadian provinces face unprecedented challenges due to the economic fallout from COVID-19.  Few business owners could plan for or have the cash-on-hand to terminate all or a significant portion of their workforce at once during the best of times. BC employers will be faced with “regulated chaos” as the clock ticks down to deadlines beginning in early July forcing many businesses – by law – to terminate laid-off employees and payout severance. This will occur as many of the province’s 500,000 business and not-for-profits are partially open under the provincial government’s health and emergency orders. Many of these employers are losing money, while others are still not permitted to open. These one-time severance payments to temporarily laid-off employees due to COVID-19 will mean businesses caught in this legal jeopardy will use all or most of their operating cash or lines-of-credit forcing them into bankruptcy, insolvency and/or permanent closure. If the Minister acts now, this can all be avoided.

In a letter to BC’s leading business organizations dated June 18, Minister Bains refuses to extend the temporary lay-off time limits. The letter was issued the day after Premier Horgan’s pledge to listen to and get input from British Columbians on rebuilding our province – together. The Minister’s lack of appreciation for the dire situation facing thousands of small businesses and not-for-profits calls into question the sincerity of the government’s overture to listen to British Columbians.

The business community is extremely disappointed and calls upon Minister Bains to immediately revisit his decision and to extend the temporary layoff time limits to August 31, 2020.  This would bring BC into line with the federal government’s recent Canada Emergency Response Benefit (CERB) extension and temporary layoff time limit amendments made recently in other provinces to facilitate recovery from COVID-19. Business leaders have also called upon Minister Bains to provide an additional six weeks once emergency orders are lifted to help facilitate a smooth restart for businesses partially operating or closed due to COVID-19.

“During the greatest health and financial calamity in 100 years, the refrain from public health officials has rightly been that “we all in this together.”  As we start to reopen, it is incumbent upon the NDP government to ensure that “we are all in the recovery together”.  As entrepreneurs, small businesses and investors seek ways to renew and to revitalize our economy, the ask from government is simply to apply equal amounts of common sense and fairness as businesses struggle to recover.  In denying the request to extend the temporary layoff time limits for job creators during a global pandemic, the provincial government is demonstrating a callous disregard to those whose success we are all counting on to get our people and communities back to work.” –  Chris Gardner, President, Independent Contractors and Businesses Association of BC

“The BC Government has a leadership opportunity to help businesses, especially our small and medium sized businesses, the driving economic engine of not only Surrey, but also British Columbia. The Surrey Board of Trade demands that the BC Ministry of Labour revisit their recent negative response to the business community. Take action. Extend the temporary layoff provision for at least a further 13-week period through to August 31, 2020 to provide employers with certainty during this tenuous economic recovery period. Employers have been hit hard by COVID-19. Severance payments will be significant and, in many cases, will lead to bankruptcy and/or insolvency. Is that what the BC Government wants?” – Anita Huberman, CEO, Surrey Board of Trade

“Our pulse surveys have shown that businesses want to reopen and bring back their teams – but they just need more time. By not extending the temporary layoff period we’re knowingly hampering the business community’s earnest attempts at restart. A simple solution that works for everyone, if enacted today, could change BC’s recovery trajectory for the long term. We urge the minister to embrace a decision that gets BC’s economy moving, one that supports workers and businesses.” – Val Litwin, President and CEO, BC Chamber of Commerce

“While many small businesses are able to reopen their doors now, business is not as usual. Nearly half of SMEs are operating at partial capacity due to provincial restrictions putting many employment positions still on hold. Extending the temporary layoff period is the right decision to help protect jobs and prevent businesses from being pushed over the edge. We need the Minister of Labour to reverse his decision now.” – Samantha Howard, Senior Director, BC, Canadian Federation of Independent Business

“Since the beginning of the health pandemic and economic crisis it has been imperative that government and business work together to address these unprecedented challenges.  Now is not the time for the government to turn their back on businesses that are scrambling to survive.  This change is integral to ensure economic recovery.” – Bridgitte Anderson, President and CEO, Greater Vancouver Board of Trade

“We have all had our lives and rights constrained during COVID-19. Working together, governments, businesses and individuals have had to respond to many challenges in this once in a century health and economic pandemic. Now is not the time to pit people against each other. It is a time for the Minister to act with urgency to prevent even more harm, unemployment and personal financial tragedy and, in doing so, support the businesses and their employees who will be required to rebuild B.C.” – Greg D’Avignon, President and CEO, Business Council of British Columbia

Recent labour force data indicates that 353,000 people in BC are out of work in the worst economic downturn in decades. The general unemployment rate stands at 13 percent, and a staggering 30 percent for youth. The Minister’s failure to act has cascading consequences for temporarily shuttered businesses, suppliers, landlords, less fortunate people, communities, government revenues, and long-serving employees who don’t want a forced end to their family-supporting job.

Business Organizations’ previous correspondence to Minister Bains acknowledged and expressed appreciation for the government’s modest 3-week extension of the temporary layoff time limits from 13 to 16 weeks through Order in Council (OIC), No. 219, dated May 4, 2020. This change brought B.C. temporarily into line with CERB and other provinces. The business community proposals in the most recent June 7 letter to the Minister were discussed in early May with government officials who acknowledged that a further extension would likely be required. The business community’s June 7 letter to the Minister provided sufficient lead-time for the government to process an OIC extending the timeframe in advance of early July when the 16-week statutory timeframe expires, setting in motion mass terminations and severance payouts.

The Minister references in his letter the option of using Section 72 of the ESA to determine case-by-case temporary layoff time limit extensions for individual businesses. This is an unworkable and hollow offer given the current backlog in the Employment Standards Branch, and the potential for up to 30,000 businesses filing at once for a variance in early July.