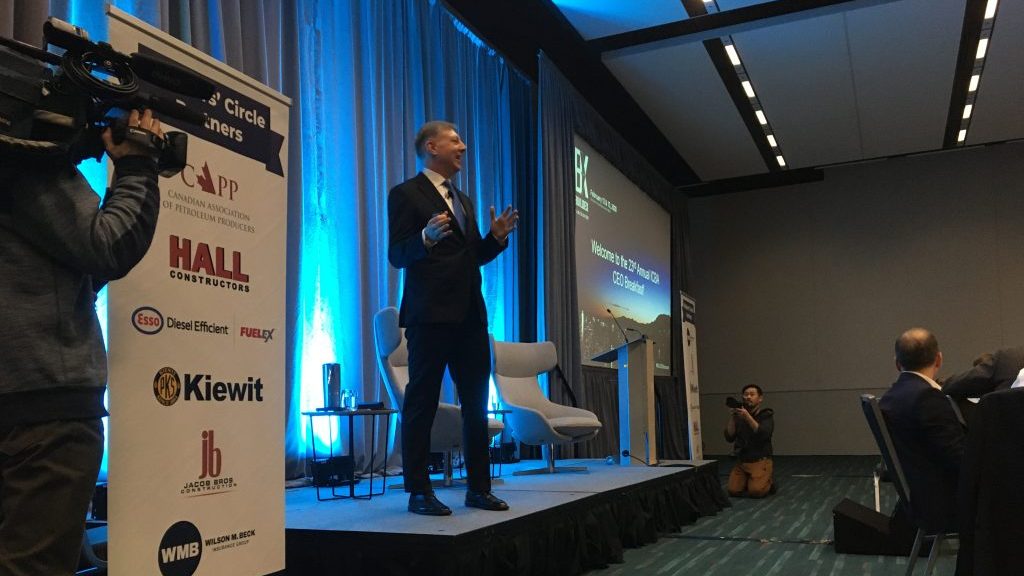 Your recent piece “Weighing the community benefits: CBAs offer promise, but implementation issues,” was remarkably light on the real challenge of the B.C. Government’s embrace of CBAs: the monopoly handed to 19 building trades unions on billions of dollars of taxpayer-funded construction work – unions which represent less than 15 per cent of construction workers in the province.

This discriminatory policy is offensive as it freezes out 85 per cent of the men and women working in construction in B.C. It’s simply not fair. It even excludes progressive unions including CLAC; the Canada West Construction Union; and the Canadian Iron, Steel and Industrial Workers Union.

You casually reference the new Crown corporation (called BCIB) set up by the Government to administer CBAs, becomes the “employer of record.” What you left out was the fact that workers have to quit their current job – they leave their benefits, profit sharing and pension plans behind; become a government employee; and then must join one of the 19 building trades unions. Workers are left to navigate this complexity; contractors lose their employees; and taxpayers pay the additional costs. How on earth does this web of confusion help solve any of the challenges in the construction industry?

There is an acute shortage of skilled workers in B.C. and across Canada – hiring local workers is the first and best option for contractors. Hiring local is already the preferred model not because the government says it is, but because it works. Companies gain local expertise, and contractors avoid the cost of transportation and providing room and board for people working away from home.

When it comes to training, the biggest issue getting people to complete an apprenticeship program is the severe shortage of trades training spaces in B.C.

Wait lists at technical schools and colleges are generally a year, often two, and sometimes longer. For many trades, there is only one school in the entire province offering courses, usually located in the Lower Mainland – not great if you live elsewhere.

The needs of construction contractors and workers are shifting significantly in workplaces impacted by technology and by younger workers who want greater choice and more flexibility. One of the many open shop companies who are leaning hard into supporting apprentices is LMS Reinforcing Steel Group, the largest contractor in the reinforcing steel sector and a B.C. construction success story. Industry Training Authority BC reports that LMS alone sponsors more apprentices (216) than the entire Ironworkers Local 97 (206) union. That includes nine young women and 29 Indigenous apprentices – two underrepresented groups that virtually every company is trying to attract to the trades.

Your article cites a report from the Community Savings Credit Union (CSCU) as evidence of CBAs’ effectiveness – calling the report “independent.”  But CSCU’s logo proudly proclaims they are “the unions’ credit union,” so their bias toward exclusionary union-only hiring should not be a surprise. Your piece also cited a report by the Cardus thinktank, but omitted their research showing how opening up contracts in Waterloo, Ontario, prompted 50 per cent more bidders and saved the city $24 million. More competition saves taxpayers money – and CBAs fail in that regard.

The inefficiency of CBAs is well publicized. The government itself estimates the CBA will add $100 million to the cost of the Pattullo Bridge. But there’s more. The combined budget for the TransCanada Highway 1 widening projects along the Illecillewaet River has increased by 30 per cent to $1.13 billion. Further, the provincial government’s own review of the new Cowichan hospital estimated that building it under a CBA will add $164 million to the $718 million budget – an increase of 23 per cent.

The best thing that the provincial government could do to address the challenges facing construction is to invest in more spaces in trades training schools, expand online course delivery, and open opportunities for all contractors and their workers to bid on government-funded infrastructure projects regardless of how they organize their workforce.

As we work to rebuild our economy in the wake of the COVID-19 global pandemic, all workers should have a fair chance to work on government funded projects, not just those who are members of the 19 trades unions. No special deals and no favours – just open, fair and transparent tendering of projects. That way every contractor gets a fair shake, all workers get more opportunities, and taxpayers get the best value for their hard-earned tax dollars.