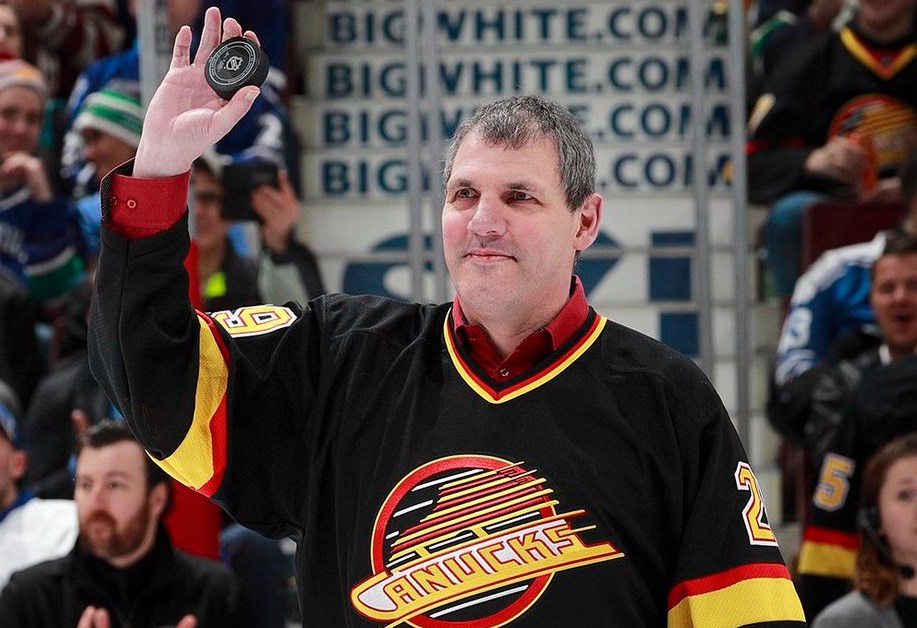 Memories are a powerful thing, and mine are filled with happy thoughts about former Vancouver Canuck Gino Odjick. Gino was a mountain of a man, one of those classic 1990s NHL enforcers, who made a living dropping the gloves and tossing haymakers.

He was beloved in British Columbia for his big smile, for sticking up for his teammates, and – despite the violence he inflicted and suffered – for the gentle spirit we could sense within him. In the Indigenous community, the Algonquin-born Gino was especially (and rightly) revered.

Over his NHL career, Gino spent nearly 43 hours in a penalty box, much of that time for fighting. Hockeyfights.com (yes, there is a website tracking hockey fights) says he fought 127 times for the Canucks.

But it took an incredible toll. A dozen years after he retired, Gino was wracked with physical problems – and mental health issues. “When you eat headshots, it’s hard on the brain,” Gino said in 2014. He told a story that during his final season in the NHL, his concussion-induced trauma was so bad that he couldn’t find his way to his home rink.

During his health issues, Gino kept talking to kids about mental health and taking care of themselves. “I’ve lost lots of relatives to suicide. I’m happy that I asked for help and I try to share that with the kids to ask for help if they aren’t feeling well,” he told Kamloops students in June.

Gino passed away over the weekend, and Canuck fans were devastated. His spirit will live on – and I hope his commitment to breaking the stigma around mental health too. He was one-of-a-kind.

Each week, ICBA’s Jordan Bateman reflects on what we’ve learned as we participate in ICBA’s Workplace Wellness Program. ICBA’s Workplace Wellness Program is helping more than 90 companies and nearly 10,000 construction professionals better understand mental health. This program is free for all ICBA members – check out icba.ca/wellness for details.