ICBA President Chris Gardner opposes all that. From CKNW Radio:

Instead, he says he thinks the change is wrong on its merits and will lead to more elections and more political uncertainty. 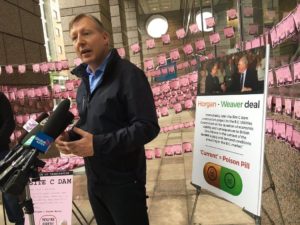 “We will definitely be campaigning against proportional representation. It’s just wrong.”

Gardner says the prospect of elections and uncertainty are no good for creating a climate for investment and jobs in the province.

“I actually don’t think there is anything wrong with a majority government, whatever the stripe of the party is. At least they can govern for four years. We know where they are going and at the end of that four years we can vote for that government or a different party.”