This op-ed by ICBA President Chris Gardner first appeared in the Vancouver Province on Nov. 12, 2017.

It’s like a bad episode of Let’s Make a Deal. An everyday B.C. taxpayer holds their winnings so far: a red-hot construction job market, fair deals for both workers and owners, a stable labour environment, and billions of dollars in savings.

But Premier John Horgan doesn’t want that deal. He is poking and prodding the poor taxpayer to throw it all away and choose whatever is hidden behind door “number two”. 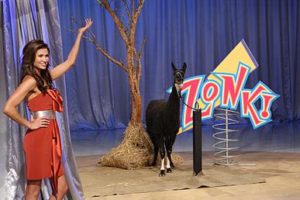 And if Horgan gets his way, the taxpayer will see the door open, hear that terrible “ZONK!”, and find their tax dollars going up in flames.

It is astonishing that the NDP consider the 1990s Island Highway construction project a model for anything. Yet Horgan wears it as a badge of honour, openly pushing for a return to a time where only companies affiliated with certain unions could win government contracts and where PLAs were used to force workers to join unions.

This kind of overt favoritism costs taxpayers big dollars and limits opportunities for workers. The Island Highway was over budget because it caused costs to escalate and imposed complicated, bureaucratic rules on project managers. A BDO Dunwoody study commissioned by the Vancouver Board of Trade in 1994 estimated the PLA increased highway costs by 38 percent. That’s a lot of tax dollars down the drain for no good reason.

Horgan’s PLA pitch also ignores the fact that the construction industry has changed and improved significantly over the past two decades. The new economy isn’t just found in tech or green industries – it’s arrived in construction too. The construction sector accounts for about 10 percent of B.C.’s economy and is more dynamic, vibrant and flexible than it’s ever been.

Nearly a quarter million men and women work in construction today. Horgan’s friends in the B.C. building trades unions lay claim to about 20 percent of that workforce, down from about a third in the 1990s. Their model has been in decline for the past 30 years for a reason – they have failed to address the needs of construction workers and have refused to respond to changes in the new economy.

The hard, cold truth is that the vast majority of construction workers under age 50 simply do not see value in belonging to building trades affiliated unions. Most of them just want to go to work and earn a living to support their families. They aren’t interested in being pigeon-holed into rigid, restrictive union-defined roles. They want the best people to get the work, not the longest tenured.

Horgan’s vision is to use sweetheart deals to tilt the playing field in favour of 20 per cent of the construction workforce. He has trotted out arguments about PLAs fostering labour relations stability and boosting apprenticeship training. But history shows PLAs do nothing to enhance the quality of work on the job site, do not make the workplace safer, and do not result in better training outcomes. They cost more and deliver less.

No one can remember the last significant construction labour dispute in B.C. for a good reason; we have enjoyed a prolonged period of labour peace. For nearly two decades, construction workers have worked together – more often than not side-by-side regardless of whether they were members of a union, employee association, or non-union – to build our great province.

And contrary to building trade union assertions, more apprenticeship training occurs in an open market construction market than within the closed, constrained confines of PLAs.

With the provincial government planning to spend $50 billion on construction over the next five years, there’s a lot at stake. Employees and companies not affiliated with traditional unions should not be excluded from government construction contracts – it’s simply not fair. Such an approach denies opportunities to hard-working British Columbians based not on their skills, work ethic, or ingenuity, but whether or not they are affiliated with a union bureaucracy.

In the interests of fairness, transparency and value for taxpayers, Horgan and his new government should abandon the return to the antiquated PLA approach to procurement and labour relations. Instead, the government should embrace open and competitive procurement and workplace arrangements for public infrastructure projects that deliver fairness and opportunity for everyone in the construction sector.