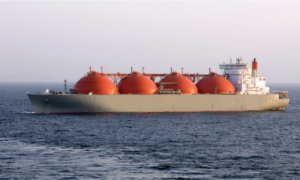 Last week, ICBA sent a letter to federal finance minister Bill Morneau, asking him to reverse a Canadian International Trade Tribunal decision that would make it prohibitively expensive to import huge, complex modules needed for LNG plants. No Canadian facility could manufacture these, but the tribunal failed to exempt them in a pushback against steel imported from China, South Korea and Spain.

As our letter states:

Effectively, the recent CITT determination has a significant adverse impact on the Liquefied Natural Gas (LNG) industry’s ability to source and import “large complex modules” required to build globally competitive LNG facilities in British Columbia. These components are extremely large, with some weighing in excess of 7,000 metric tonnes, and require specialized transportation vessels. Internationally, there are only a few fabrication yards capable of building these complex modules in line with the requirements and project timelines for LNG projects in British Columbia. These components must be moved by specialized marine heavy-lift ships given their enormous size, and cannot – and will not – be produced in Canada. There is simply no domestic supplier network in Canada that warrants protection.

The full letter can be found HERE.