Driving Choice is pleased to announce that the Independent Contractors and Businesses Association (ICBA) has joined as a partner in the campaign calling for more  choice and competition in car insurance in British Columbia (BC). 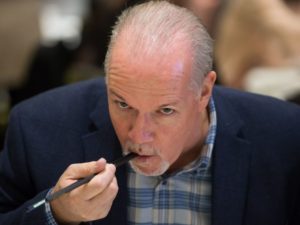 “Under ICBC’s monopoly, our members have seen years of successive rate hikes with no relief in sight. Now more than ever, British Columbians deserve to be able to choose the car insurer that provides the best product at the best possible price,” said Jordan Bateman, Vice President, Communications & Marketing, ICBA. “The Driving Choice campaign is an effective voice for BC drivers. We’re proud to be playing a role.”

ICBA joins more than 8,000 British Columbians who have already signed up in support of the Driving Choice campaign, which launched just one month ago.

“The response to the Driving Choice campaign has been overwhelming, and is still growing strong,” said Aaron Sutherland, Vice-President, Pacific, Insurance Bureau of Canada. “ICBA’s participation is yet another sign that businesses and drivers across our province are fed up with the current system, and want to be able to shop around for their auto insurance needs.”

As part of the Driving Choice campaign, more than 5,000 British Columbians have sent letters to their MLA’s voicing their frustrations with ICBC and demanding choice and competition in car insurance.

“British Columbians pay more for auto insurance than anyone else in Canada, so it’s no wonder that more than 80% of drivers want to be able to shop around,” said Sutherland. “Recent reports demonstrate that competition could save drivers up to $325 annually. Driving Choice gives a voice to British Columbians to tell government what they really want – choice in car insurance.”