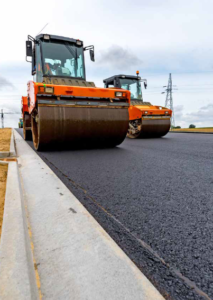 Federal Infrastructure Minister Catherine McKenna recently alluded to the fact the government will most likely set aside up to 10 per cent of the $33.5-billion Investing In Canada program to fast-track eligible projects such as health facilities, schools and recreational facilities that allow for social distancing such as parks and trails. Projects must be completed by the end of the 2021 construction season.

Independent Contractors and Businesses Association president Chris Gardner said there are several areas the government can focus on to accelerate economic recovery.

“There are obvious places to look where the federal government can lead and work with the province and municipalities. Our ports such as the Port of Vancouver, Port of Prince Rupert and other ports around B.C., and our airports, which need to be upgraded,” Gardner said, pointing to hundreds of millions of dollars of investment in Vancouver International Airport put on hold once it could no longer generate fees from airlines and other revenue streams.

Gardner also pointed to smaller but equally important infrastructure projects across the province as a good way to get B.C. workers back on the job.

“When governments tender a project, there’s a sweet spot where you get the greatest number of companies participating in Requests for Proposals in the range of $50 million to $100 million. We shouldn’t be pausing on those projects, we should be accelerating them so contractors across the province can bid on these projects and keep money and jobs here,” he said.

“The federal government should also work with provinces on infrastructure projects they already have. The Broadway Skytrain expansion and the Surrey Skytrain out to Langley, those are in the planning process, so let’s accelerate that and get those dollars flowing.”

During the last financial crisis in 2008 there was an emphasis on finding “shovel-ready” projects, Gardner said, but “what we learned is shovel-ready projects weren’t ready and it took time to start them.”