BURNABY—A new poll released by Merit Canada and the Independent Contractors and Businesses Association shows that 83% of British Columbians surveyed support giving all construction companies a fair chance to land taxpayer-funded work, regardless of how their workforce is organized. Canada-wide, support for fair bidding hits 88%. 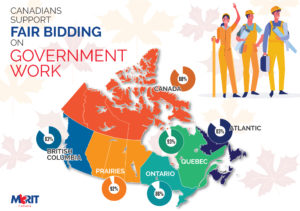 “The building trades unions represent fewer than 15% of B.C. construction workers, yet they are given preferential treatment by the NDP Government,” said ICBA president Chris Gardner. “While British Columbians overwhelmingly support giving all construction companies in B.C. a fair chance at taxpayer-funded work, the province has effectively cut a special deal with their long-term supporters at the expense of B.C.’s construction workers and taxpayers.”

In the poll, not a single age group, gender, education level, or income bracket supported directing work to unions and cutting out open shop contractors.

ICBA and several other business associations, progressive unions, construction contractors and workers will be in front of the B.C. Court of Appeal July 16-17 challenging this policy.

“British Columbians understand that fair, open bidding – a level playing field for government work – is the best way to keep costs down and deliver the infrastructure we need in B.C. to keep our economy strong and improve our quality of life,” said Gardner.

The basis of the legal challenge is the significant consequence and inherent unfairness of the NDP Government’s decision to exclude the 85% of the 250,000 men and women in construction who do not belong to a building trades union from working on government projects.

“Through the COVID-19 crisis, we’ve heard repeatedly – and we agree – that we are all in this together,” said Gardner. “So, it follows that we all need to be together in the recovery too – no one should be left behind in the middle of a global pandemic. Every construction worker in B.C. deserves a fair shot at taxpayer-funded work. No one is asking for a special favour, just a fair shot and a level playing field.”

The stated goal of the NDP Government’s policy is to hire locally and hire more young workers, more women and more people from Indigenous communities, but the ICBA says that construction contractors are already doing just that. “You do not hire more people seeking jobs in construction by restricting work on government projects to just the 15% of construction workers represented by the building trades – it makes no sense. The only thing the government has done is to drive construction costs dramatically up as a result of red tape, inefficient practices, and far fewer bids on projects,” said Gardner.

Already, several phases of the Highway 1 expansion project are tens of millions of dollars over budget, and the latest design of the new Pattullo Bridge strips out much-needed intersection and approach improvements in an effort to cut costs that have escalated because of this unfair and discriminatory policy. And the NDP Government has spent millions of dollars setting up a new crown corporation to administer this policy.

“Every taxpayer dollar wasted on imposing this unfair policy is a dollar that is not going to important infrastructure projects or to our health care system or to our schools,” said Gardner. “If there ever was a time to course correct and reverse a policy decision, it’s now as we all try and work ourselves out of the greatest health and economic crisis in a hundred years.”

The poll result, including sample size and other details, is available HERE. 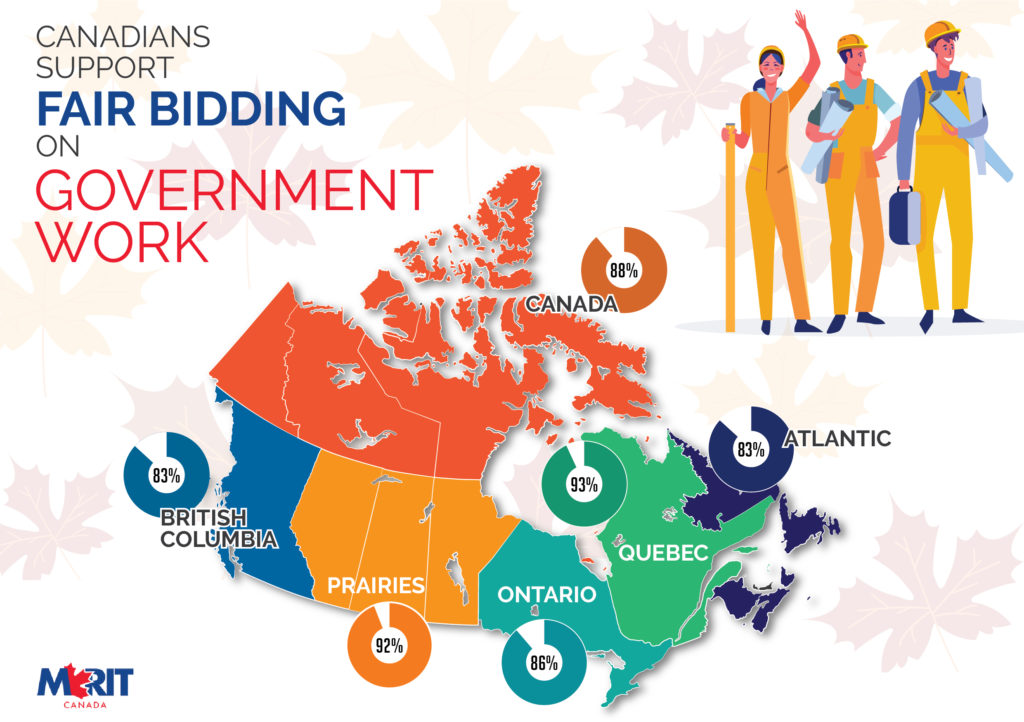