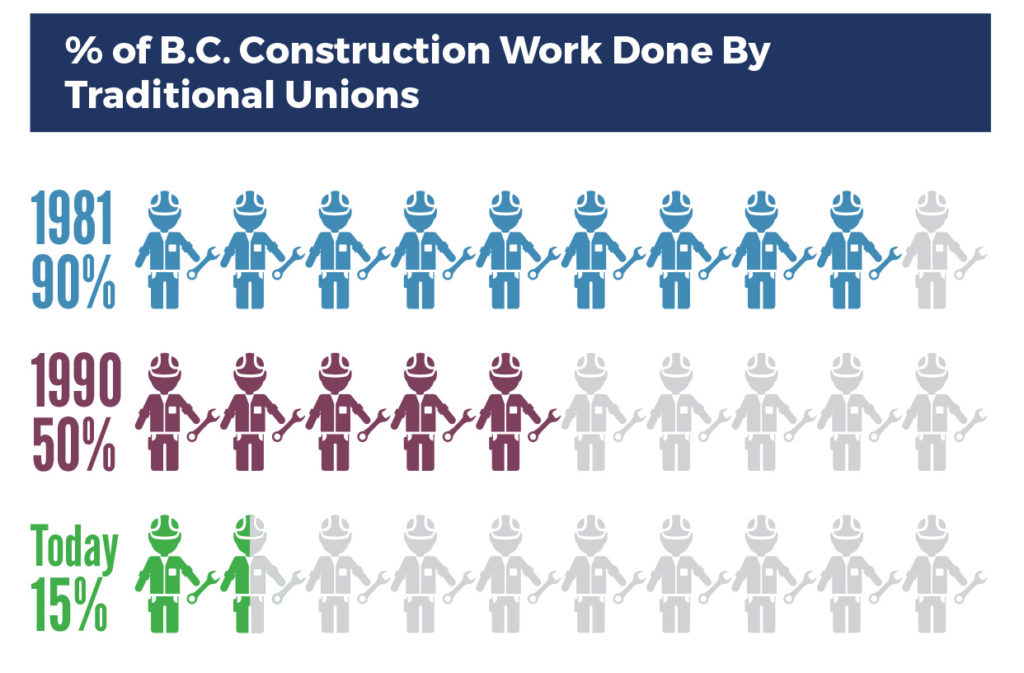 Recently, the Building Trades Unions – having seen their market share in BC construction slip to a historic low of less than 15% – lashed out with a full-page ad in the Victoria Times Colonist, claiming that “unscrupulous” B.C. contractors are somehow bilking taxpayers out of $308 million per year.

Their “evidence” is a flimsy report from little-known Prism Analysis that has been fully branded with BC Building Trades logos and design marks, showing that this is far from an independent view.

This “analysis” is just another slanderous attack on small business owners and sole proprietors. Here are some facts they didn’t report:

Most hilariously in their ad, they claim that the tax money lost to these independent contractors could “pay for a third of the new Cowichan District Hospital replacement.” As if they care about taxpayer money one bit: that same hospital is being built for hundreds of millions of dollars more than necessary as the building trades unions’ friends in the NDP government have given the unions a monopoly on the project through a misnamed Community Benefit Agreement. Want to get more value for a dollar? Don’t cut out 85% of companies from bidding a project!

Cleaning up the construction industry, as the Building Trades Unions claim they want to do, should begin with fair and open bidding on government projects, with no company getting an advantage because of how they’re workforce is organized or how much money and support Big Labour has given the NDP over the years.