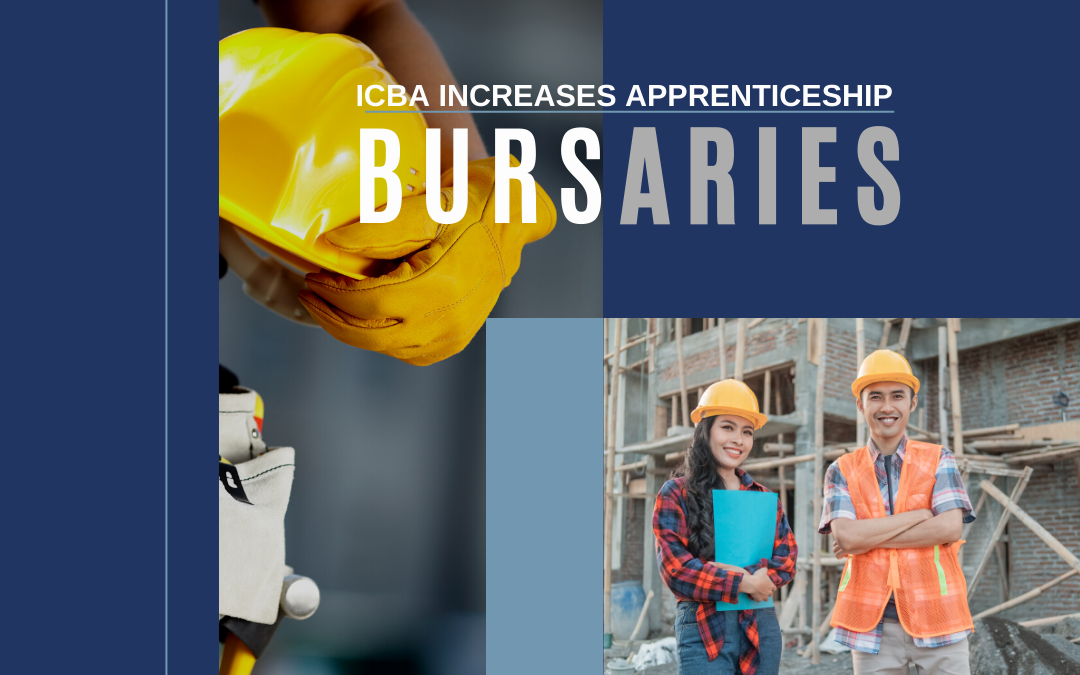 ICBA, the single largest sponsor of trades apprentices in British Columbia, announced today that it is increasing its bursaries to further reward the next generation of construction professionals.

These bursaries are fully funded by ICBA members and clients – it’s a program built by industry for industry.

According to the Industry Training Authority, open shop construction companies sponsor more than 80% of all apprentices in the province.  ICBA directly sponsors more than 1,400 apprentices, the most of any group, company, or union in B.C.

“British Columbia is going over a demographic cliff – workers are aging and retiring faster than new people are joining the workforce. This means there is incredible opportunity in construction for young people, entrepreneurs, and skilled trades workers,” said Gardner. “ICBA and our members are committed to making that opportunity as attractive as possible and spreading the message that a career in the trades is an exciting and dynamic path full of tremendous opportunities and challenges.”

ICBA apprentices will now be eligible for up to $1,500 in bursaries, as they complete various levels of their Red Seal designation. For more on ICBA’s program, see icba.ca/apprenticeship.

On top of these ongoing bursaries, ICBA and its members have endowed scholarships at 15 B.C. post-secondary institutions with more than $1.35 million, providing ongoing financial support for young workers.

WELLNESS WEDNESDAY #65: The Age of Distraction
IN THE NEWS: ICBA Raises $135,000+ for Ukraine
ICBA CAST: Jas Johal on Asia and BC Politics