THE ORCA: ICBA’s Jordan Bateman on the New Facts of Life in Housing 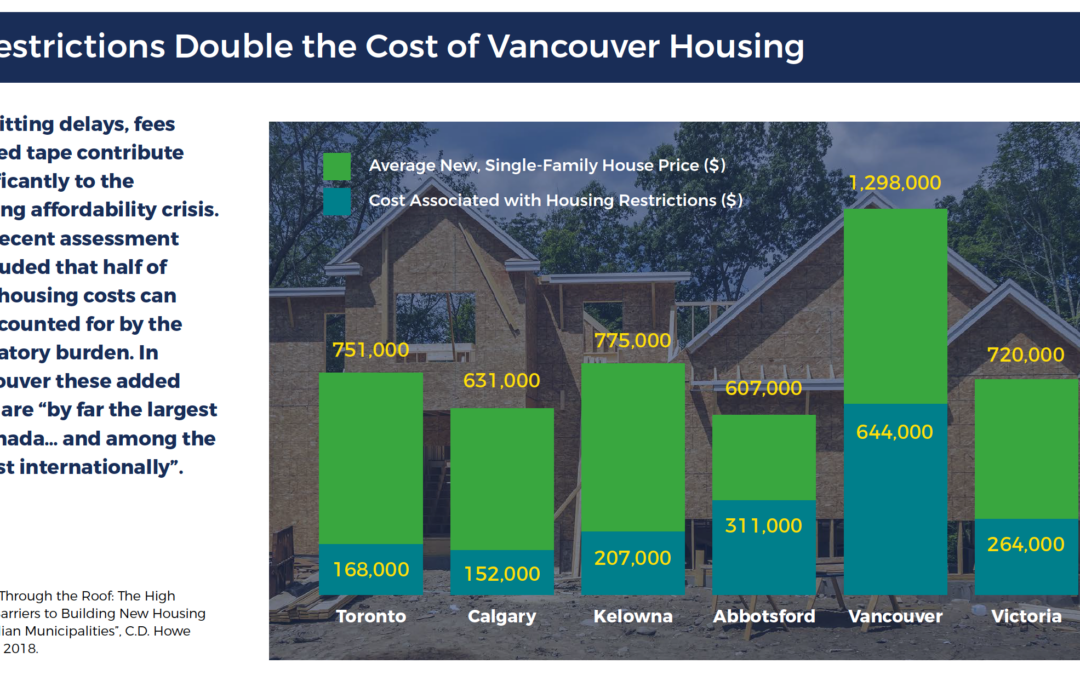 The following piece by ICBA’s Jordan Bateman first appeared on The Orca and in Business in Vancouver on Oct. 27, 2022.

Okay, it’s not quite as catchy as the ’80s TV theme song, but when it comes to city halls realizing their roles in housing affordability, it fits.

First, the good. Ken Sim’s ABC Vancouver swept to victory in Vancouver, dislodging a couple of anti-development incumbents, and vanquishing several other anti-development (or, at the very least Not-In-My-Backyard) slates and candidates.

Sim’s platform for making housing more affordable was the most sensible, including his catchy 3-3-3-1 permit plan: three days for the City to approve home renovations; three weeks to approve single-family homes and townhouses; three months to approve already-zoned multifamily and mid-rises; and one year to approve high-rises or large projects.

In a city where it’s routine for major projects to take longer getting permits than it takes to actually build, this is a breath of fresh air. A one-year turnaround on a high-rise is especially ambitious; right now, a definitive answer from City Hall can take as long as six years.

On those large proposals, this will reduce carrying costs for developers, saving homebuyers thousands. It provides a clearer path toward certainty, and while it doesn’t de-risk a project, it at least shortens the window of risk.

This comes with an up-front cost – bureaucrats aren’t cheap – but if paired with some red tape reductions in these processes, it should be a net positive for Vancouver taxpayers.

Sim’s plan also provides Prime Minister Justin Trudeau and Premier-Designate David Eby with an opportunity. Both their governments have taken a beating over housing affordability, so they should be rushing to Sim’s door with seed money for the 3-3-3-1 plan. Treat it as a pilot project that could be expanded to other cities across BC and the country – and thus share any political credit.

In other positive news on the housing front, new Surrey mayor Brenda Locke seems ready to continue that city’s major push to grow its supply of homes, with far less controversy than outgoing mayor Doug McCallum brought to City Hall. A growing Surrey is vital to any effort to restore affordability in the Lower Mainland.

The bad news comes from just outside Victoria, where longtime Langford mayor Stew Young was defeated. Young, the only mayor Langford has ever known, served 30 years and was an unstoppable force in growing that community.

Young was revered by many for his work to keep bureaucracy to a minimum and grow his city. With the community rapidly filling, Young suggested the next logical place to go was up, and said he was open to more high-rises.

In just five years, Langford’s population grew by nearly a third, flooding into the homes Young and his council approved. Those same people who bought the homes Young made possible voted him out of office. They got theirs, and thought that’s where it should end.

In an interview with CBC, new mayor Scott Goodmanson questioned supply as a route to affordability: “Langford has been building houses at like 182 per cent of its need, and that’s not bringing house prices down. So just building houses hasn’t and isn’t going to solve the problem.”

This conveniently ignores the fact that Langford is virtually the only place in the South Island area that has been aggressively adding housing supply. It’s taking a parochial approach to a regional issue. Slowing development in Langford won’t make anything more affordable on the Island.

We need more Stew Youngs and Langfords, not fewer.