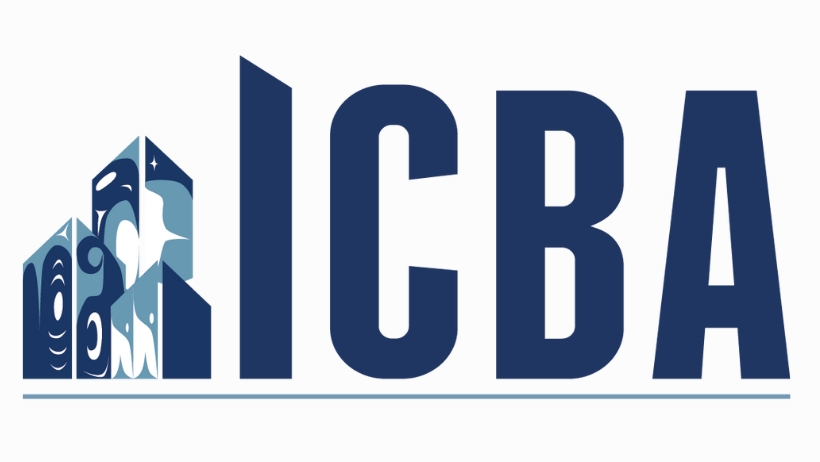 “ICBA is honoured to be able to use this logo as a way to express our respect and admiration for Indigenous people and to reinforce our commitment to reconciliation,” said ICBA Board Chair Scott Jacob. “Our association has been purposeful in learning from, and in listening to, Indigenous leaders, and in connecting their communities to the open shop construction industry.”

Earlier this year, ICBA launched a logo design competition, encouraging Indigenous artists to submit designs that reflect ICBA’s work in Indigenous communities. Nearly 30 designs were submitted, and Thompson’s Together was selected. Thompson was awarded a $35,000 prize for her work.

The logo incorporates both Coast Salish and west coast art forms, and several important symbols, including the salmon, wolf, raven, whale, thunderbird, and feathers. For a full description of the symbolism within the logo, click HERE. 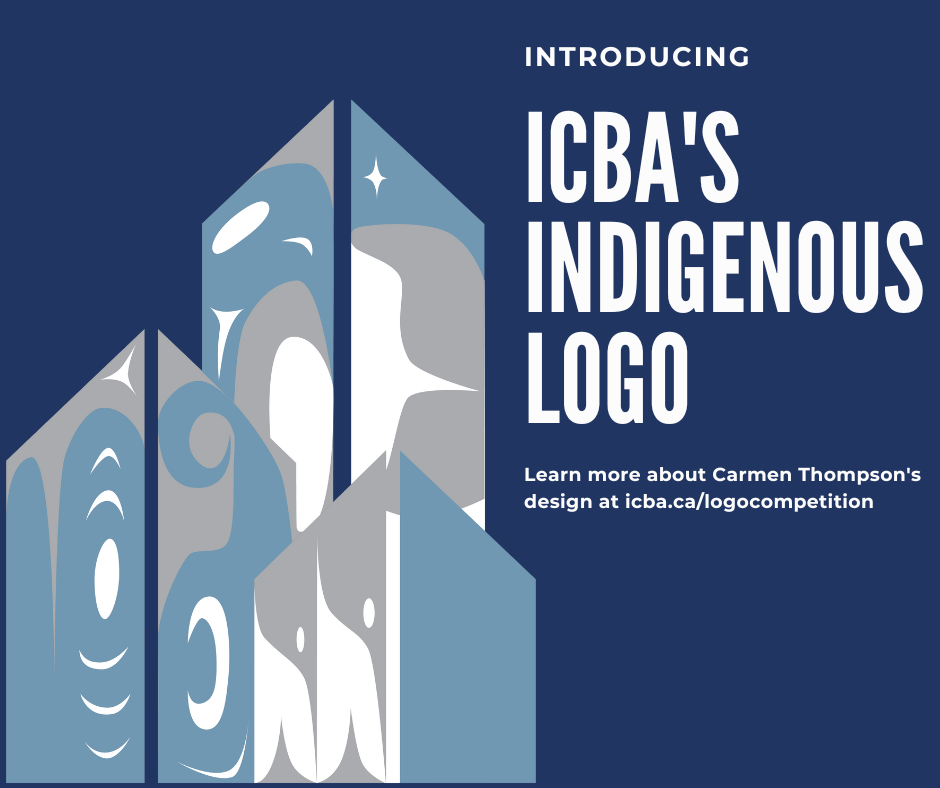 “The moment I opened the ICBA logo, I could see the images forming within it,” said Thompson (Diitiidaht/Kyuquot). “Together, we are all stronger, and this represents many stories – ICBA’s strength and history, the bond between ICBA and Indigenous communities and representatives, and its commitment to continue to build relationships.”

Thompson is an in-demand costume designer for theatre, film, and television, and won the 2022 Canadian Alliance for Film and Television Costume Arts and Design (CAFTCAD) Award for costume design for the short film Kiri and the Girl. She is also a two-time LEO Award nominee for costume design.

“To have a logo created by a designer of Carmen’s caliber is an honour. It’s a beautiful piece of work that we are proud to display,” said ICBA President Chris Gardner. “This logo will deeply enrich our brand and will be used as we continue on our path toward reconciliation, and with our wellness, training, apprenticeship and benefits work within Indigenous communities.”

ICBA currently sponsors the second-most Indigenous apprentices of any association, company, or union in the province, and has ambitious plans to be number one. The association also partners with Indigenous organizations to offer group benefits and retirement plans to their workers, offers skills training and professional development, and works with its member companies to enhance their understanding of Indigenous custom and culture.

Earlier this summer, ICBA took its Wellness Ambassador, former Vancouver Canuck Corey Hirsch, to West Moberly First Nations to share his message of breaking through mental health stigma. The trip was so successful that it has become a model for a tour of Indigenous communities in 2023.

ICBA represents more than 4,000 members and clients in construction and responsible resource development, directly trains more than 6,000 workers every year, and is the single largest sponsor of trades apprentices in B.C. ICBA is also one of the leading third-party providers of group health and retirement benefits in Canada, with more than 150,000 people participating in an ICBA Benefits plan. In 2021 and 2019, ICBA won the Reed Award for North American Trade Association of the Year. icba.ca