The following op-ed, written by ICBA President Chris Gardner, first appeared in the Journal of Commerce on March 23, 2020.

The John Horgan NDP seems locked in a time warp – they just can’t get enough of that ’90s British Columbia, especially when it comes to paying off their friends in the building trades unions. 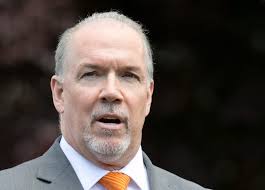 First, it was the unfair, confusing, and costly Community Benefits Agreements (building trades union-only hiring) that prevents 85% of B.C.’s construction workers from working on taxpayer-funded infrastructure projects like the Pattullo Bridge replacement. Those agreements are already sending projects over budget by tens of millions of dollars.

Now they are looking at another silly, outdated plan – straight from the 1990s playbook – reinstating compulsory trades.

A trade is compulsory in construction when a person is not allowed to legally work on a jobsite unless they are a registered journeyperson or are enrolled in a government-approved apprenticeship program.

It has been nearly 20 years since B.C. had “compulsory trades,” as the industry long ago recognized the multiple pathways a worker takes to acquire skills to become a journeyperson or to pursue other career aspirations.

Ask government officials what will be accomplished by imposing compulsory trades and you mostly get a blank stare. Ask what data there is to demonstrate compulsory trades will improve quality, safety or training, and a look of panic usually sets in.

Supporters of this misguided policy, generally the traditional building trades unions, claim compulsory trades results in more people completing an apprenticeship. It doesn’t – otherwise union completion rates would be sky-high. But they’re not: completion rates across union and non-union apprentices typically averages between 35 and 40 percent.

Further, the building trades model has been in freefall for a generation. Of the approximately 250,000 men and women who work in construction in B.C. today, only about 15% are represented by these traditional unions that are increasingly finding themselves out-of-step with a modern world where workers are seeking choice and flexibility and a stronger voice in how work is performed.

And the unions are hardly apprenticing anyone, anymore – the Industry Training Authority reports the non-union sector sponsors 82% of BC’s apprentices.

If the provincial government was serious about improving apprenticeship completion rates, they wouldn’t bring in compulsory trades. Instead, they would improve the information about apprenticeship training and address the shortage of training spaces and chronic waitlists at public post-secondary institutions where the trades are taught.

At ICBA, we recently released the results of our annual wage and benefit survey of construction contractors. The market remains extremely busy, with 90% of contractors surveyed indicating that 2020 would be as busy or busier than 2019 and 64% of our members indicating that the number one challenge facing their business was the shortage of workers.

A 2013 study by the C.D. Howe Institute underscores the other core pitfalls of compulsory trades training. It notes that rather than regulating “entry” into apprenticeship training – as compulsory trades does – governments should focus its oversight activities on quality of work and safety standards. It found that provinces that have imposed tight restrictions on “entry” into the trades were found to have 44 percent fewer workers in the trades than those without a compulsory approach.

At a time when we desperately need more construction workers, the NDP and their building trades union supporters want to cut tens of thousands of people out of the workforce by imposing rules that would make it more difficult to work in construction.

The bottom line is that if improving completion rates is the real public policy objective of the Horgan government, then the focus should be on the real-world training needs of workers in the construction industry.

These needs begin with increasing the number of training spaces at post-secondary institutions; providing additional financial support for students through the tax system; increasing the role and scope of the Youth Train-in-Trades programs in high schools; and, supporting post-secondary institutions and employer efforts to provide more flexibility in training delivery.

Today’s construction workforce wants flexible and relevant training for today’s world of work, and the opportunity to shape their own career pathways aligned with their interests and aspirations. Returning to 1990s-style compulsory trades runs counter to this approach.

Compulsory trades are, in fact, like the building trades union-only hiring policy: an outdated, obsolete relic of an era long gone.