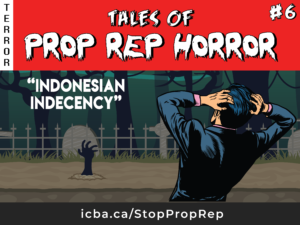 Imagine a “democracy” where one-third of voters sell their votes. That’s what happens in prop rep Indonesia.

“Indonesia’s open-list proportional voting system plays a crucial role in explaining the ubiquity of vote buying,” said an expert. The margins between candidates is so slim that even a small bump in vote buying can put people over the top.

Indonesia has tried two forms of prop rep, and both have been prone to vote buying. Under the previous prop rep system, “there were numerous reports of wealthy candidates purchasing winnable slots on party lists by bribing party leaders.”

Prop rep makes party leaders incredibly powerful, because candidates have to curry their favour – and their favour only – to get on the party lists. Any B.C. Prop Rep activist who claims there will be more freedom for legislators under a new system is lying. Real world experience, including in Indonesia, proves otherwise.