Tales of Prop Rep Horror #7: Rise of the Dictators 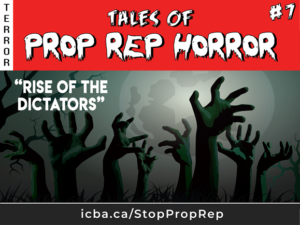 These dictators came from all over the political spectrum but they used the same tool to rise to power: proportional representation. As pointed out in The Toronto Star: “No democracy that used first-past-the-post fell to dictatorship during the period.”

These extremists used the flaws of the prop rep system – too many parties, too little leadership – to pressure and eventually overtake mainstream political parties. And given today’s political environment of economic uncertainty, political divisions, and growing populism, there’s nothing to say it couldn’t happen again.

Those who fail to learn from history are doomed to repeat it!