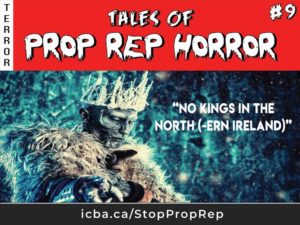 No problem, you might say. Surely the Northern Irish can work out some sort of new coalition. And if not, they can go to election.

Well, January turned into February. Winter gave way to spring, then to summer. The leaves turned on the Emerald Isle and fall came. Still no government for Northern Ireland.

Winter wasn’t just coming – it arrived. The calendar flipped into 2018. Another spring started, and another summer. Now we are into fall 2018, and still no government in Northern Ireland.